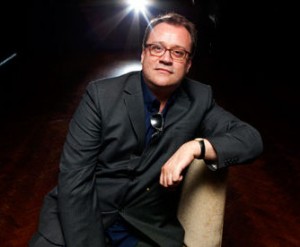 The Queer As Folk fame Russell T. Davies, who is also well-known to have re-created Doctor Who for the new-gen kids on BBC Network has signed a contract with U.K.’s Channel 4. The talented writer will be exploring the lives of gays, prevalent in the society in the present time, through two of his brand new shows, Banana and Cucumber, to be released in 2014. Davies will be creating a companion online series, alongside which will be based on facts.

Davies will be venturing on television after his hit drama Queer As Folk was screened, almost fifteen years back. Channel 4 is said to also be screening Banana and Cucumber on its online channel, Channel 4, which targets the young audience. Both of the drama series will be showcasing the everyday gay life of the modern century, along with its passions and setbacks. The online web series, names Tofu will be more of an unconventional online guide for the targeted audience, majorly based on the facts shown on the shows, every week.

The first drama, Cucumber is centered on Henry, 46 and his long-term boyfriend Lance and is an eight-episode series of one hour each. Their life is peaceful and fine until a life-wrecking date night, following which Henry life is completely transformed. The other series to be screened on E4, Banana will be following the lives of Cucumber’s characters and consist of eight episodes of 3o minutes each. In a statement, Channel 4 said that Banana will have it all, from young lesbian love, family secrecy to 50 shades of gay and much more.  The Channel’s head of drama, Piers Wenger said that no one better than Russell can pen down the soul of relationships of the 21st Century on the channel.