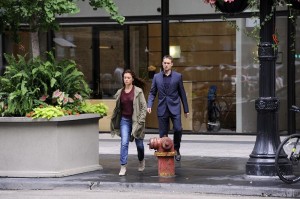 While the authorities were doubting the validity of what T.J. said during his questioning, it wasn’t until they talked to Connie Mrozek that they had enough evidence to arrest the Karsten heir in connection with Lou’s murder. It was an especially bold for the widow to make, seeing as she was threatened by Thatcher before she decided to talk with Drew; now that Lou isn’t around anymore, there’s no one to protect Connie from the hell that is about to rain down on her for daring to go against the Karsten family, not when her last remaining ally Elaine is likely to turn her back on Aunt Connie for harming her brother.

On the next episode of Betrayal, Connie is forced to deal with the storm that she helped create by herself, as T.J. is in custody and Thatcher is beside himself. In his mind, Connie is lucky that he didn’t destroy Lou for stealing from him when he had the chance, so her playing a major role in getting T.J. arrested and possibly sent to prison, which he will never survive, is something especially unforgivable. Not only can Thatcher exercise his influence in many facets of the city and the high society that Lou’s career allowed Connie to take part in, thereby shutting her out of any opportunity to cling to one of her peers, he has the connections to watch the widow and make sure that she doesn’t do anything to further damage the reputation of his family. More importantly, if T.J.’s case does go to trial, Connie’s very existence is a danger to him, since she could be called to testify, and Thatcher might not want to take any chances of having her be the one to put his son away for good.

Elsewhere on Betrayal, Sara attempts to resists the pull of her affair, while Jack and Drew face off at T.J.’s bail hearing and Thatcher relives the guilt that came from the car accident all those years ago.

Do you think that T.J. was the one who killed Lou? Should Connie have went against the Karsten family and incriminated T.J.? How long will Sara be able to keep herself recommitted to her husband before being pulled away by her feelings for Jack?