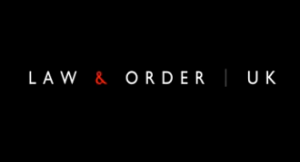 The show is based on the all-time hit U.S. franchise of Dick Wolf. Law & Order: UK is made under the Kudos banner of the 21st Century Fox’s Sine Group, which is led by Elisabeth Murdoch.

London- U.K’s popular TV channel ITV announced today that it has ordered another season of one of the most loved show, Law & Order: UK. The show stars Bradley Walsh, Dominic Rowan, Paterson Joseph and Georgia Taylor in the lead roles.

The original series was one of the most successful TV brands in the history of US television and finished its 20th season in the year 2010. ITV said that the show is an ultimate hit amongst the UK audience, since it was initially broadcasted in 2009. Season 7 of the UK series was aired in the beginning 0f 2013 and set a winning record for each of its slot, even beating the period drama on BBC, the White Queen. The last season saw an average viewership of around 5.4 million people, covering 21.3 % of the total UK TV audience at the time of airing. As per ITV, the numbers depicted showed a significant increase over the last year.

Season 8 will be aired next month on ITV, the shooting for which will begin next month, in London. Bradley Walsh portrays the role of Detective Sergeant – Ronnie Brooks in the UK adaptation and the character of Chief Prosecutor- Jacob Thorne is played by Dominic Rowan. It was only in the last season that Georgia Taylor, of Coronation Street and Peep Show fame, Paterson Joseph, had jined the cast of the ITV hit show. While Taylor is also a prosecutor, Joseph plays the role of a police officer. The popular cast will be joined by Ben Bailey Smith, who plays the role of their new team member, Detective Sergeant – Joe Hawkins in the new season 8.

Season 8 of Law & Order: UK will be produced by Stella & Casualty fame, Jane Dauncey, with executive producers as Jane Featherstone and Alison Jackson for Kudos. The head of drama series of the ITV channel said that the show is one of most popular series among the UK audience and this time they are surely in for a surprise.