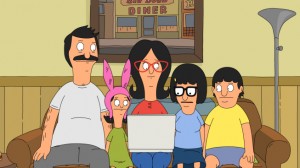 Ahead of the show’s fourth season premiere, FOX has opted to renew acclaimed animated comedy Bob’s Burgers for a fifth season, set to consist of 22 episodes. The series, which recently earned its second consecutive Emmy nomination for Outstanding Animated Program, reportedly ranked in the top 10 of comedies among Men 18-49, Men 18-34, and Male Teens last season.

“Bob’s Burgers is one of those rare finds that just continues to outdo itself, creatively,” said FOX Chairman of Entertainment Kevin Reilly. “The show has become a key member of our Sunday Animation Domination family, and we’re looking forward to attracting new fans with another season.”

What will also help Bob’s Burgers is that it’s been in syndication on Adult Swim since earlier this summer and has been garnering solid ratings for the cable network. Though it might not necessary show immediately, the exposure can only help the series as the season goes on and Adult Swim plays out the entirety of the first three seasons, allowing people to catch up and jump aboard; any potential spring ratings drops will thereby be softened and the show will be in an even better position than it is entering season four. For what it’s worth, Bob’s Burgers was already one of only two series on network television to gain in the ratings last season, growing about 10% year-to-year, so it has the momentum to really make a step forward this season and solidify itself as the next Animation Domination mainstay.

The fourth season premiere of Bob’s Burgers, where the Belcher family goes on a camping trip and Bob gets sick, is set to air Sunday at 8:30 on FOX. You can check out a recap of the third season finale here.

Do you think that Bob’s Burgers will eventually inherit the Simpsons‘ mantle and its 8:00 time slot? What do you hope to see from this coming season of Bob’s Burgers? Should this be a lesson to networks that allowing shows, especially young comedies, to grow creatively and commercially can be advantageous in the long term?