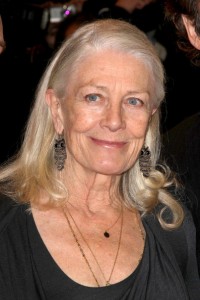 ABC Limited is coming up with their limited drama series called ‘Black Box’ and the six-time Oscar Nominee, Vanessa Redgrave will be playing the role of a psychiatrist to the lead character Elizabeth Black, which is to be played by ‘Sherlock Holmes’ fame Kelly Reilly.

After prolonged discussions, the talented Vanessa Redgrave was finalized for this role in ABC Network’s exclusive series, which will indeed be a treat to watch! The protagonist of the show, Elizabeth Black will be portrayed by Kelly Reilly; Black is a renowned neuro-scientist, who has everything one could wish for but still has a challenging life. You see, she suffers from a mental disorder and this is one amongst the numerous secrets she’s been hiding from her family and fiancé. Redgrave plays the role of Black’s confidante, Dr. Hartramph, who is her psychiatrist and knows everything about Black.

For the Academy Award winner, this role will be followed after she stars in Call the Midwife on PBS, her guest appearance in Political Animals (on USA Network) and her recurrent role on Nip/Tuck (on FX). Vanessa Redgrave was recently seen on the big screen in The Butler by Lee Daniels and Letters to Juliet and she also gave her voice in Cars 2.

ABC’s Black Box has been penned down by Amy Holden Jones, who also wrote Mystic Pizza & Indecent Proposal. My Week with Marilyn fame Simon Curtis is the director of the drama series. The panel of executive producers comprises of Anne Thomopoulos, Ilene Chaiken, Bryan Singer and Oly Obst, and the show runner of the drama is The L Word’s Chaiken.

Black Box was chosen by ABC for a 13-episode run in June, 2013, which makes it the first-ever small-screen venture for an independent production company, which in this case is Bold Films. The drama series may be scheduled to premiere in January, nest year, though a date has not been fixed yet.