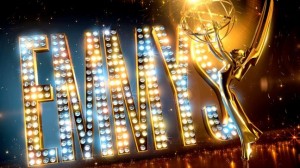 It was a wild night at the 2013 Primetime Emmy ceremony, as there were several surprise wins awarded by the normally conservative (and repeat-friendly) Academy of Television Arts & Sciences. However, it was HBO telefilm Behind the Candelabra that expectedly emerged as the winner on the night, adding three trophies to the eight it picked up at the Creative Arts Emmys last week. The film received rave reviews when it premiered earlier this year.

Otherwise, the wealth was pretty well-spread, with Veep, Breaking Bad, The Colbert Report, Homeland, and Modern Family picking up two awards each. Though the latter was shut out in the acting races for the first time since its debut, it managed to win Outstanding Comedy Series for the fourth consecutive year, tying All in the Family, The Dick Van Dyke Show, and Cheers in the process. Meanwhile, Breaking Bad was awarded Outstanding Drama Series for the first time, defeating the likes of Netflix hopeful House of Cards and last year’s winner Homeland.

Among the series to pick up a single award during the telecast were Political Animals, American Horror Story: Asylum, The Hour, The Big C: hereafter, Dancing with the Stars, Saturday Night Live, The Big Bang Theory, Boardwalk Empire, The Newsroom, Nurse Jackie, and The Voice.

What did you think of the Emmys this year? Which win was the most surprising? Should Breaking Bad and Modern Family have won their respective series categories?

Outstanding Writing for a Miniseries, Movie or a Dramatic Special
Behind the Candelabra
The Hour ***WINNER***
Parade’s End
Phil Spector
Top of the Lake

Outstanding Directing for a Miniseries, Movie or Dramatic Special
Behind the Candelabra ***WINNER***
The Girl
Phil Spector
Ring of Fire
Top of the Lake