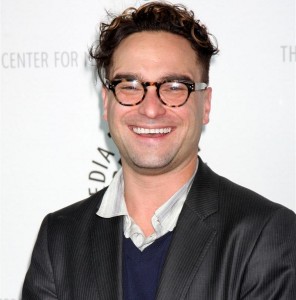 The Big Bang Theory fame, Johnny Galecki is expanding his horizons by venturing into the role of an executive producer soon for a Fox Comedy Show called ‘Here’s your damn family’, produced by Warner Bros. TV. Johnny is teaming with Stephen McPherson, popularly known as the former chief of ABC Entertainment and who is partners with Fox and Lionsgate in TV Return.

Fox has bought this comedy series from writer Ricky Blitt, the plot of which is based on a diminutive, 30 year old guy, living with his mother. He lives by his own rules, when one fine day, his perfect world gets totally disrupted. His mother decides to get married and the story doesn’t end here, his new step-dad brings home, his three teenage kids, to move in with them. Those sure sounds like a good fun series, what do you think?

This promising project is very special for Galecki as it brings him back with Blitt, for whom he starred in his show called Becoming Glen, a Fox Comedy back in the year 2002. Ricky is the writer of the show, who came up with the idea and developed it further with Galecki. In fact, the lead character of Here’s your damn family has some shades of the character Galecki played in Blitt’s former series Becoming Glen. Along with Warner Bros TV, the other producers of the show are Candy Bar Productions, Wonder Monkey and Galecki.

Here’s you Damn Family is McPherson’s third successful attempt with Fox in this busy season of development. He is also geared up to produce another comedy from Kate Gersten, a Julliard Grad student and a half-hour set u from an aspiring writer, Brandon Schwartz.

However, Galecki is the first among his Big Bang team to step into the producer’s shoes, as Kevin Sussman (Stuart) and John Ross Bowie (Kripke) had set up a comedy called The Second Coming of Bob, aired on CBS network last year.