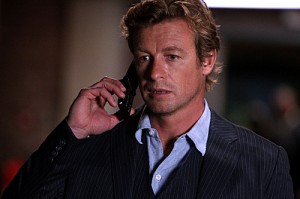 CBS has announced the CBS Catch-Up Marathon, an event where the network puts the full, most recent seasons of several of its shows ahead of their fall premieres. From now through premiere week, which begins Monday, September 23rd, the 2012-2013 seasons of Elementary, The Good Wife, and Hawaii Five-o will be available on-demand through various cable, satellite, and Telco providers, while those shows join The Mentalist, The Amazing Race, Survivor, and Undercover Boss in being free on CBS.com and the CBS App.

“We’re using a variety of distribution platforms – online, mobile and on-demand – to help audiences catch up with their favorite CBS shows,” said Marc DeBevoise, Executive Vice President, General Manger, Entertainment, Sports & News, CBS Interactive. “Viewers will have tremendous choice and flexibility to stay current and get ready for the launch of the new fall season on the Network later this month.”

In addition, the first four seasons of critically-acclaimed The Good Wife have been available on Hulu+ since September 1st, a noticeable departure from CBS’s reputation of being the most technologically averse broadcast network. While the likes of ABC and NBC have fully embraced Hulu, Apps, and the new direction that the television has been moving towards for years, CBS has been reticent to buck its (very) successful business model, opting to move full steam ahead with its more traditional approach to television. However, there’s been no sign that the alternative ways of viewing television are going away anytime soon, so in order to make sure it caters to its audience, and doesn’t fall further behind the other networks in adapting, they have to do events like the Catch-Up Marathon, lest they fall too far behind or see drops in live viewing.

Will you be catching up on any CBS shows from now through premiere week? Do you like that the network has embraced technology and alternative means of consuming its products? Should more networks attempt to make full seasons of their series available in time for premiere week and so the audience can either catch up or discover a new favorite?