ABC has released key art for the third season of Scandal, which shows a close-up of a pensive Olivia and one simple tagline: The Secret is Out. The secret being, of course, that she’s having an affair with the President of the United States.

Olivia is so used to separating herself from the cases (and lives) that she fixes that it should be interesting to see how she deals with not only being her own client, but having to control a scandal that could break her professional reputation. Through the run of Scandal, we’ve both seen the political fixer in action and witnessed other people expounding on the virtues of her abilities and the aura the mention of her name brings to any room, but she might not be in the best place when we pick up with season three, particularly since she met her father immediately after learning of the leak. As a result, the noted control freak will have to let one of her colleagues take the reins and help deliver her from the jaws of the political shark threatening to sink its teeth into her, something that will shift the dynamic of Pope & Associates and leave Olivia more comfortable with the idea of reducing her role in some capacity. Olivia Pope eats and breathes being a gladiator, the one who rides up on their white horse and makes all problems go away for their client, but right now, she’ll have to hope she’s assembled a team strong enough to get her out of this situation (mostly) unscathed.

The third season of Scandal is set to premiere Thursday, October 3rd at 10:00 on ABC. Set to guest star this season is Cynthia Stevenson (Dead Like Me, Life Unexpected), who will be one of the first clients that Olivia has to deal with following the reveal of her deepest personal secret.

Will you be watching Scandal this season? How do you think Olivia will handle having her biggest secret become the topic of gossip fodder? Can she find a way to kill the story and shift the narrative like she has countless times for her clients? 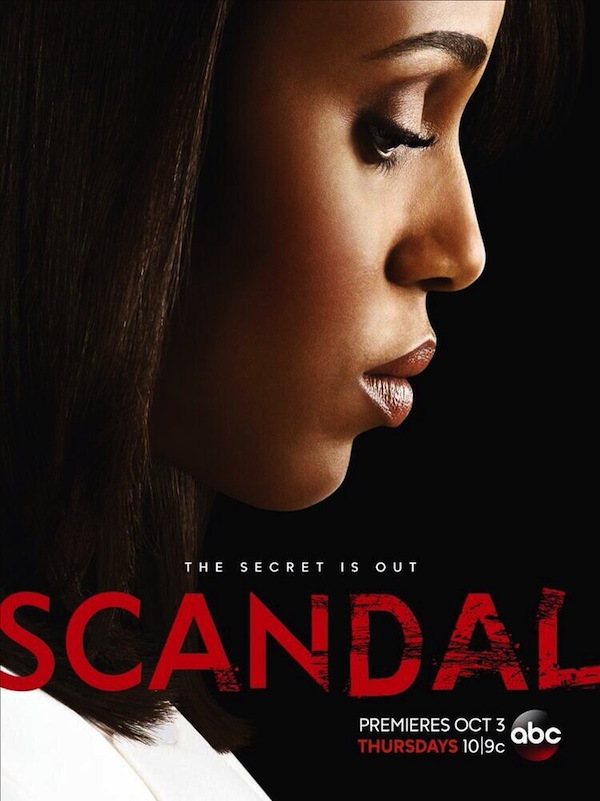