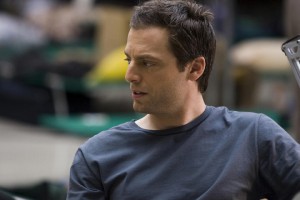 FX drama Tyrant has added Weeds alum Justin Kirk and Sibylla Deen (Home and Away) to an increasingly populated cast, according to Deadline. Emmy nominated Kirk is reportedly set to play “a sexy, decadent and mysterious American diplomat with a hidden agenda”, while Deen signed on to portray Nusrat, a young bride. Production on the pilot, from Homeland‘s Howard Gordon and Gideon Raff, will take place in Morocco later this year, with the pilot being directed by David Yates (Harry Potter and the Deathly Hallows: Part 2).

One of two drama pilots currently in contention at the network, Tyrant follows an American family that unknowingly gets drawn into the workings of a turbulent Middle Eastern nation. The other pilot in the mix is Guillermo del Toro’s The Strain, but the vampire thriller is said to have a series pickup locked up and all but official; however, all isn’t lost for Tyrant, since the network will be restocking its programming shelves following a split into two separate networks and thus, won’t be making its pickup decisions with an either/or frame of mind.

In addition to his role as Andy Botwin on the Showtime dramedy, which ended its eight-season run last September, Kirk has appeared on the likes of Angels in America, Animal Practice, and Modern Family, while Deen’s TV credits include episodes of Royal Pains and Comedy Inc. The two join a cast that already includes the likes of Mehdi Dehbi (The Other Son) as a man assigned to keep the main character’s son out of trouble and Moran Atias (The Next Three Days) as the wife of the main character’s older brother.

Does Tyrant sound like something that you would be interested in watching? Would a show like this be able to find an audience on basic cable? Who else would you like to see cast on the show?