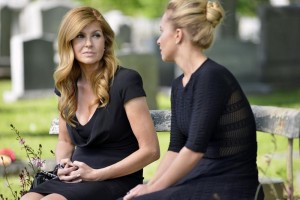 At their TCA session today, ABC revealed two midseason premiere dates and how they plan to split up the seasons of several key dramas. Reality adventure series The Quest, from the producers of The Amazing Race and Lord of the Rings, will premiere Thursday, January 2nd at 8:00 with a two-hour premiere before moving to Sundays at 8:00 for the duration of its run. Taking over for fall soap Betrayal will be Resurrection, a one-hour drama about an 8-year-old American boy reappearing 30 years after his supposed death; the show, which stars the likes of Omar Epps and Kurtwood Smith, will premiere Sunday, March 9th at 10:00.

The network revealed earlier this year plans to have each of its serialized dramas operate on a split-schedule, airing in two distinct chunks of episodes with little to no repeats. Today, they unveiled when the second chunks of each series will begin, though we don’t know what will be filling in the gaps during the time off. Nashville is the first to return on February 26th, with Grey’s Anatomy and Scandal beginning the second halves of their respective seasons the following day and Once Upon a Time and Revenge following on March 9th. The only fall drama without a split coming this season is Castle, but it has enough procedural elements and a loyal enough audience to where it might not need this type of scheduling.

You can check out ABC’s 2013 fall schedule here, as well as trailers for their new series this season here and fall premiere dates here.

What do you think about ABC’s plans to split their dramas into two halves vs. airing them in the on-off pattern of seasons past? Will this help stop the bleeding from Once Upon a Time and Revenge, while bolstering Nashville and keeping Scandal‘s momentum going? Where do you think the network’s other midseason programming will air?