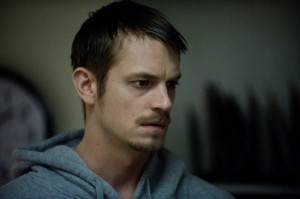 With Joe Mills in custody and Seward dead, it would seem like the Pied Piper case that Linden and Holder have been investigating is shut. While Linden wasn’t able to find the other person in the Seward apartment the night that Trisha was murdered, that minor hole would have to be acceptable because without Ray (or any other leads to follow), there was no way for her to continue the investigation. However,  on the third season finale of The Killing, there’s a chance that both the Pied Piper and Trisha Seward cases aren’t as closed as Linden thinks they are.

That’s because another body has been found, this one dead for two weeks and with its ring finger cut off; it couldn’t have been Mills that moved the body, seeing as how he’s locked up, so he would have to be working with someone. Attention turns to Seattle PD, who were crawling all over the Mills storage unit and already had access to the files on the Pied Piper case, but there’s not one person who stands out as being the likely accomplice to Mills. With no lead to go on, Holder and Linden will have to deftly look into who they’ve been sharing close quarters with over the past few weeks and see if there’s any way someone from their office could have been involved in the crime that they themselves were investigating. If so, they’ll have to overcome Linden’s tarnished reputation and Holder’s grief over losing Bullet in order to see that the right people are brought to justice and peace is rendered unto the parents of those deceased. But in the process of closing the case, what will they discover of Kallie’s whereabouts?

Elsewhere on The Killing, someone dear to Sarah goes missing, while the detectives pick up a new assignment and deal with the aftermath of the Pied Piper case.

The two-hour third season finale of The Killing airs Sunday, August 4th at 9:00 on AMC.

Do you think there’s somebody at Seattle PD who could be involved in the abductions and murders? Who would you say is responsible for the murder of Trisha Seward? What type of assignment will the detectives pick up next?