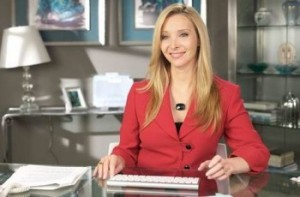 Fiona thought that everything was coming together last season on Web Therapy. She had a wealthy love interest in businessman Austen Clarke, Kip was well on his way to winning a seat in the Senate, and her mother Putsy was put away in an institution, meaning that Fiona didn’t have to deal with her overly critical remarks and blatant disregard for her feelings. However, things unraveled quickly, with Austen impregnating Gina, Kip potentially being investigated for campaign finance fraud after being outed by Robin, and Putsy being released and stealing Jerome for her Net Therapy venture. Combine all that with the Lifetime movie falling through and Fiona Wallice’s new modality left her in a precarious position entering season three.

Guest starring on this season of Web Therapy are Steve Carell, Billy Crystal, Chelsea Handler, Matt LeBlanc (the third consecutive former Friends co-star to join, following Courteney Cox in season one and David Schwimmer in season two), Meg Ryan, Megan Mullally, and Sara Gilbert, all of whom have their ailments listed in the first teaser for the third Showtime season of Web Therapy. As we all know, though, Fiona’s focus in doing her sessions is very rarely on her patients, but perhaps one of them will either provide inspiration for how she should handle her latest hardships or have a connection that could further her desire to be rich, famous, and loved by the greater American public. But can she put her personal life in enough order to where her business can actually grow this season? Or are things destined to become even worse for the web therapist as she faces the next stage of her business life?

The third season of Web Therapy premieres Tuesday,  July 23rd at 11:00 on Showtime.

Will you be watching Web Therapy this season? How do you think Fiona will react to the events that transpired at the end of season two? Is there a chance that web therapy turns into a profitable venture for her and justifies the time she’s put into it?