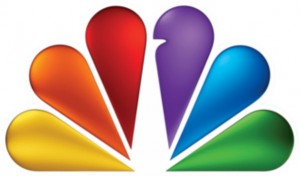 NBC is up first, as they have their upfronts the morning of Monday, May 13th with their schedule likely leaking the previous day. They’ve already picked up one new show for the season in The Michael J. Fox Show, which was given a blind 22-episode commitment, and will be looking to build on their fairly solid dramas and rebuild a comedy roster that won’t include both 30 Rock and The Office.

Which pilots do you think sound the best? What type of shows should NBC pick up? How will their fall schedule look this year?

EDIT: According to Deadline, NBC has begun notifying the projects that are not going forward. Among them are Brenda Forever, The Gates, The Secret Lives of Husbands and Wives, Joe & Joe & Jane, Holding Patterns, and The Hatfields & McCoys.

According to The Hollywood Reporter, the network has passed on The Sixth Gun and Bloodline.

EDIT (3): The Night Shift, The Blacklist, Ironside, Welcome to the Family, Undateable, and the Chicago Fire spin-off have been picked up. I Am Victor, the Craig Robinson project, and Assistance still have life in them, while everything else is dead.

DRAMA:
After Hours (retitled Night Shift)
Who’s in it: Ken Leung, Freddy Rodriguez, Jill Flint, Brigid Brannagh, and Robert Bailey, Jr.
What’s it about: The graveyard shift in the ER at the San Antonio Medical Center.

Believe
Who’s in it: Delroy Lindo, Jamie Chung, Kyle MacLachlan, Sienna Guillory, and Arian Moayed
What’s it about: A girl in possession of a great gift/powers – which will come into their own in seven years – and the man who is sprung from prison to protect her from those trying to hunt her down

I Am Victor
Who’s in it: John Stamos, Matthew Lillard, Terry Kinney, Angela Sarafyan, and McKaley Miller
What’s it about: A high powered divorce attorney with a unique view of relationships

Untitled Rand Ravich Project
Who’s in it: Dermot Mulroney, Gillian Anderson, Lance Gross, Rachael Taylor, and James Lafferty
What’s it about: An idealistic secret service agent who finds himself at the epicenter of an international crisis on his first day on the job

About a Boy
Who’s in it: David Walton, Al Madrigal, Anjelah N. Johnson, Minnie Driver, and Leslie Bibb
What’s it about: Based on Nick Hornby’s book-turned-film of the same name about the relationship between a bachelor man-child and the young boy who moves in next-door with his kooky single mother

Assistance
Who’s in it: Krysten Ritter, Peter Cambor, Zach Cregger, and Vinette Robinson
What’s it about: A magnetic hyperactive workaholic (Krysten Ritter) who tries to juggle the demands of her long-time boyfriend (Peter Cambor), her smug work-husband (Zach Cregger) and her powerful boss

Untitled Craig Robinson Project
Who’s in it: Craig Robinson, Larenz Tate, Jean Smart, Amanda Lund, and Amandla Stenberg
What’s it about: An impulsive, good-hearted musician (Craig Robinson) who adjusts to his new life as a music teacher in a big-city middle school

COMEDY (MULTI-CAM)
Happiness
Who’s in it: Sean Hayes, Linda Lavin, Lindsay Sloane, Thomas Lennon, and Vik Sahay
What’s it about: A man (Sean Hayes) who must figure out how to become a full-time dad to his teenage daughter as well as navigate his temperamental new boss at work

Undateable
Who’s in it: Chris D’Elia, Briga Heelan, Matthew Wilkas, Brent Morin, and Bianca Kajlich
What’s it about: A bromantic comedy about two very different guys who are bonded by their common inability to attract women