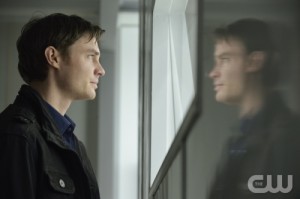 The CW has released episode descriptions for the season finales of its current series. Included in the chaos, mostly confined to the week of May 13th, are deaths, difficult decisions, and dangers that, if realized, could change the makeup of entire series. From the bayou of BlueBell to the ghostly haven of Mystic Falls, there will be a lot happening between now and the season finales of each CW show, but what exactly can we look forward to in the finales? Listed below are the season finale dates of each CW series, with the corresponding episode title and description.

Which CW finale are you most excited for? Will you be sad to see 90210 sign off one final time? What type of answers will we find in each finale?

Tuesday, May 7th
8:00 Hart of Dixie – “On the Road Again”
After having a rough time in BlueBell, Zoe (Rachel Bilson) decides a little time in New York City might be the perfect opportunity to give her some much needed perspective, but a medical emergency on the plane forces her to complete the trip with an unexpected companion.  When Lemon (Jaime King) promises that the Rammer Jammer will be having a special concert with the band Gloriana, she must scramble to make it happen, with the less-than-enthusiastic help of Wade (Wilson Bethel).

Monday, May 13th
8:00 90210 – “We All Fall Down”
The series finale begins with the stars and executive producers bidding farewell to the famous zip code in a look back at the show’s many unforgettable moments.   Then, in a memorable send-off, our favorite group from Beverly Hills will come together again after a traumatic event that makes them realize the importance of their relationships.

Wednesday, May 15th
8:00 Arrow – “Sacrifice”
In the episode season finale, Oliver (Stephen Amell) and Diggle (David Ramsey) race to stop the Dark Archer (John Barrowman) from unleashing his vengeance on The Glades.  After hearing of the danger in The Glades, Thea (Willa Holland) races to find Roy (Colton Haynes), inadvertently putting herself directly in the line of fire for Malcolm’s (John Barrowman) devious plan.

9:00 Supernatural – “Sacrifice”
With Crowley (guest star Mark Sheppard) poised to undo all the good they’ve ever done as hunters, Sam (Jared Padalecki) and Dean (Jensen Ackles) find themselves cornered.  But with Kevin’s (guest star Osric Chau) help, the Winchester brothers bound into one last play against The Demon King.

9:00 Beauty and the Beast – “Never Turn Back”
When secrets about Cat’s (Kristin Kreuk) family are revealed, it will change everything Cat knew about her past.  Vincent (Jay Ryan) finds himself staring his demise in the face; while Gabe (Sendhil Ramamurthy) takes drastic measures get some answers.

Friday, May 17th
8:00 Nikita – “Til Death Do Us Part”
Amanda (Melinda Clarke) puts her final plan into motion and forces Nikita (Maggie Q) into a life-threatening situation, where she has to choose between saving Michael (Shane West) or saving herself.