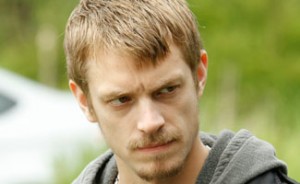 AMC has announced that the third season of revived crime drama The Killing is set to premiere Sunday, June 2nd. Beginning at 8:00 and extending for two hours, the premiere will kick off a new case to be investigated by Stephen Holder (Joel Kinnaman) and Sarah Linden (Mireille Enos) over the course of the 10-episode season. The third season of The Killing will end in a two-hour finale on Sunday, July 21st.

“We learned so much from the first two seasons of The Killing and are thrilled to be bringing it back with the elements that the fans loved,” said Charlie Collier, president & general manager, AMC.  “Veena’s captivating storytelling along with the performances of Joel and Mireille, and the rest of the exemplary cast, will remind audiences of what they loved about the series and provide a season of suspenseful television.”

When The Killing returns, it will have been one year since the Rosie Larsen case was closed. Linden made good on her promise to quit the force and has been spending more time working on herself and her relationship with Jack, but all of that is threatened to be undone when an investigation Holder is leading into a runaway girl connects to a previous murder investigation she led. The reason that Linden got out of being a detective was how obsessed she would become with each case on her palette; she would ignore everything and everyone until justice was served to the offender she was tracking, even to the detriment of her health, her mental stability, and her connections with her loved ones. After a year away, is she strong enough to get involved in another case without letting it consume her life?

Joining Kinnaman and Enos this season on The Killing are Peter Sarsgaard (Jarhead) as a domineering death row inmate who has been in and out of the system since childhood; Amy Seimetz (Wristcutters: A Love Story) as a financially strapped single mother of a teenage girl who goes missing; Max Fowler (The Hour) as a manipulative, streetwise teenage boy with a long rap sheet; Elias Koteas (The Curious Case of Benjamin Button) as Linden’s intense ex-partner, who is harboring a big secret; and Bex Taylor-Klaus (Mental Intervention) as a tough guy who looks after the street girls…and happens to be a she.

Also set to play a part in the case that brings Linden and Holder back together are Gregg Henry (Scandal) as Carl Reddick, Holder’s career cop new partner, and Aaron Douglas (Battlestar Galactica) as Gabe, a prison guard on death row. The two newest regulars on the resurrected drama, which was cancelled last year before being revived earlier this year, are Hugh Dillon (Flashpoint) as Becker, a man who faces off with a death row inmate, and Johnny Ray Gill (Harry’s Law) as Alton Singleterry, a low-level gangbanger who may be on death row but hasn’t let that dampen his spirit.

Will you be giving The Killing another chance now that the Rosie Larsen case is closed? How do you think the show will have changed from season two? Are you excited to see Linden and Holder share the screen again?