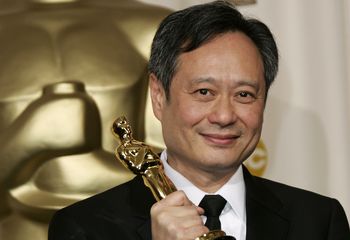 Fresh off of winning his second Academy Award for Best Director, Ang Lee (Life of Pi, Brokeback Mountain) is set to make his television directing debut on Tyrant, an FX pilot from Homeland producers Howard Gordon and Gideon Raff and Six Feet Under writer/producer Craig Wright.

“Ang Lee has demonstrated time and again an ability to present characters with such depth and specificity that they reveal the universal human condition,” said John Landgraf, President and General Manager, FX Networks.  “No one could be a more perfect film maker to bring Howard Gordon, Gideon Raff, and Craig Wright’s Tyrant to indelible life.”

Set to be Lee’s first project following his award-winning adaptation of Life of Pi,  Tyrant follows an unassuming American family drawn into the workings of a turbulent Middle Eastern nation. There’s no word yet on potential casting or any specifics about the plot itself, but with production set to begin in the coming months, more details about Tyrant will begin to emerge.

“The fact that the brilliant Ang Lee has signed on to direct his first project for television speaks to the extraordinary nature of Tyrant,” commented Bert Salke, President of Fox 21, which will produce the show. “Ang Lee, Gideon Raff, Craig Wright and Howard Gordon are master storytellers at the height of their powers, and the material is incredible. We can’t wait to get started.”

Production on Tyrant is tentatively slated to begin this summer, with the show likely to air in 2014 should it receive a pickup later this year. FX will next turn its attention to launching another new drama series in The Bridge, an adaptation of the Scandanavian crime drama that centers on detectives from two countries working together to solve a murder. That show stars Academy Award nominee Demian Bichir and Diane Kruger and launches this July.

Does Tyrant sound like something you would watch? What do you think about someone as big as Ang Lee getting into television directing, even if it’s only a pilot? Who would you like to see cast in the show?