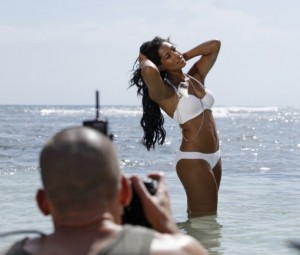 With the summer television season approaching and a timeslot in desperately in need of filling, The CW has announced that repeats of America’s Next Top Model: College Edition will begin Tuesday, April 2nd at 9:00. After moving Cult to Fridays, the network slated Beauty and the Beast repeats to begin on March 5th and follow Hart of Dixie, but Top Model is returning for a 20th cycle in the summer and this will allow The CW both a cheap schedule filler and a promotional vehicle for the next season. Further, Beauty and the Beast will still get four weeks of repeats in and if the data proves that it can survive without The Vampire Diaries, it might lock in a spot on the fall schedule.

The other major move that The CW announced is that 90210 will be put on hiatus for March 18th until April 8th before its final run of episodes. Taking the show’s spot is Hart of Dixie, which will air repeats after the last four episodes of The Carrie Diaries; the latter wraps up its first season before Oh Sit! premieres on April 15th. This could be a major factor in deciding the fall schedule and which bubble shows are renewed for another season. Carrie hasn’t popped in the ratings paired with 90210, while Hart has yet to break out after airing with Gossip Girl and DOA Emily Owens M.D., so putting both with their closest tonal match could help them secure places on the network next season. If the night underwhelms, however, at least one could be in trouble.

You can check out the recently announced CW season finale dates here,  as well as a full recap of the scheduling moves below.

Did The CW make a wise decision in giving the Tuesdays at 9:00 timeslot to America’s Next Top Model? Will The Carrie Diaries do better with Hart of Dixie as a leadout? How do you expect the CW fall schedule to look?