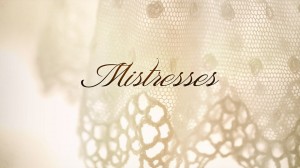 ABC has unveiled the first part of its summer schedule by announcing premiere dates for the ninth season of The Bachelorette and the US adaptation of UK drama Mistresses.

On Monday, May 20th at 9:00, The Bachelorette will be having a two-hour premiere where we’ll meet the 25 men looking for love with the most recent Bachelor cast-off. The Bachelorette is set to be revealed live during The Bachelor: After the Final Rose on Monday, March 11th at 10:00. Could they bring Tierra back to look for love one more time or would they be better off going for someone like AshLee, Desiree, or Lesley?

Monday, May 27th sees the debut of Mistresses, a drama based on the 2008-2010 UK series, at 10:00. The show follows the scandalous lives of a group of girlfriends, each dealing with issues of change, secrecy, and self. Mistresses stars Alyssa Milano as Savannah, a successful career woman working toward the next phase in her life, both professionally and personally; Jes Macallan as Savannah’s free-spirited and capricious baby sister, Josslyn; Yunjin Kim as Karen, a therapist with her own thriving practice (and an inappropriate relationship with a client); and Rochelle Aytes as April, a recent widow and mother of a ten-year-old daughter learning to move on after tragedy. The series also features Brett Tucker, Jason George, and Erik Stocklin.

You can check out a trailer for Mistresses, the final 2012-13 ABC scripted show to premiere, here.

Other parts of the ABC summer line-up that have yet to receive confirmed premiere dates are Canadian imports Rookie Blue and Motive, as well as reality series Whodunnit?. There’s also an outside chance that we could see the remaining episodes of Don’t Trust the B—- in Apt.23 and 666 Park Avenue burned off, in addition to game show Bet on Your Baby booted from a planned late spring launch to early summer. However, additional information about their summer programming will be announced at a later date.

Who do you think will be named The Bachelorette this season? Will you be watching Mistresses? Should networks concentrate on making more scripted content for summer?