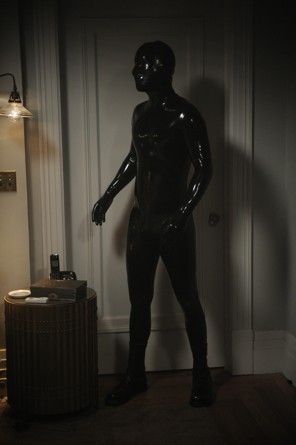 With the fifth episode of American Horror Story: Asylum airing this Wednesday, fans of the FX horror show are already contrasting and comparing the differences between first season’s Murder House plot and this year’s Briarcliff Asylum arc. Before viewing this week’s conclusion to the two-part Anne Frank story, I would have easily sided with the machinations of the Murder House and its ghostly inhabitants. However, the conclusion to the Anne Frank plot (which I will review later on a different post) changed my stance drastically in the ‘battle’ of which American Horror Story has chilled my spine, psyche, and soul the most. I’m still an avid, die-hard, lover, absolute freak when it comes to the Murder House story arc (how can you not love and miss Constance, Rubber Man, Tate, and Moira?), but AHS: Asylum has taken the scares to a whole new level that slashes at the innermost fears of the mind. Here’s how:

In the first season of American Horror Story, co-creators Ryan Murphy and Brad Falchuk took a look at the deterioration of the American family with infidelity being the wedge of choice for The Harmon family. The creators relied mostly on old horror tropes, such as the haunted house (if these walls could talk…), ghosts (your past infidelities/mistakes will always haunt you), and the like to convey their message of what pain love and passion can bring to your soul. However, those tropes were, for lack of a better word, “surface based” and fit the scheme for  great horror story for those people in need of a simple good scare.

Some people who I’ve spoken to about American Horror Story season one have always rehashed certain scenes or scares that wowed them, but never to rarely have they discussed the significance behind the scares or the analogies they provided. With American Horror Story: Asylum on the other hand, the scares are mental, with the ‘surface’ horror tropes taking a bit of a back-burner role this season.

The psychological horror of AHS: Asylum is visceral in its depth as the “surface” horror was in American Horror Story‘s first season. I equate the trials and tribulations of Kit, Lana, Grace, and Shelly to the tagline from Alien, except that while they aren’t in space, their screams are still not ‘heard’ within the walls of Briarcliff. The thought of knowing there is nothing wrong with you, but society still deems you as insane and will go to extreme lengths to solidify their truth is purely frightening and is way more scary than a man in a rubber suit. In fact, while Bloody Face might be terrorizing the citizens of Briarcliff in 1964, his presence in the present part of the storyline is basic horror movie fodder, much like Rubber Man was.

Before anyone attacks me, I know Rubber Man’s presence during season one of American Horror Story can be analyzed from here to Kingdom Come. With that said, he still was a “surfaced” horror trope of sorts, a ghost (Tate) with a mission to impregnate Vivien Harmon and an agent of the Murder House, much like Bloody Face is during the present day story of AHS: Asylum. 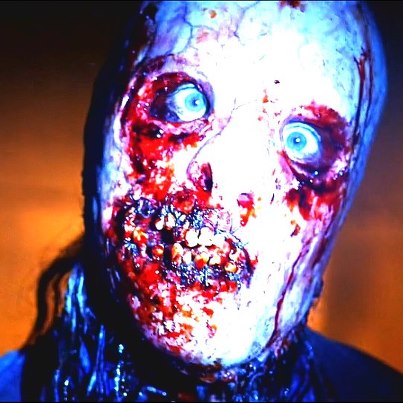 Maybe Murphy and Falchuk are saying that while most people in modern times think they know what true fear is, they might want to try to live in a very conservative 1960s America, where voices were silenced with the swipe of a pen, a slash of a scalpel, a thump on a Bible, or by the prejudices of society. Again, I would take on Rubber Man or Bloody Face any day than to have my rights rescinded from me or my voice, my identity, silenced because of ignorance.

At the end of the day, the scares of American Horror Story: Asylum have a little more depth than its predecessor and aim for the mind more than the senses ala last year’s terror mission. With that said, it doesn’t mean Murder House is inferior in a sense, or less scary per se. It is just a flavor of an American Horror Story pie, which had a sweet and succulent message in each serving. And like any pie out there, people have their particular favorites; and while I will most definitely take a slice of the Murder House pie any day, I’m currently in the mood for piece of Asylum.

Which American Horror Story arc do you prefer so far? Murder House? Or Asylum?