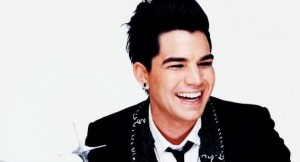 VH1 has announced that American Idol season 8 runner-up Adam Lambert will be hosting Divas Live 2012. The theme for this year’s concert, a fundraiser for the VH1 Save the Music Foundation, is dance music, past and present; special tributes are planned for Whitney Houston and Donna Summer, two Divas alumni and pioneers in the field of dance music. The current list of performers for the event, to be held December 16th at 9:00, features Kelly Rowland, Miley Cyrus, Demi Lovato, Ciara, and Jordin Sparks. Since we’re still more than a month away from the special, don’t be surprised to see more names added in the near future.

Divas Live began in 1998, with a line-up that included Aretha Franklin, Mariah Carey, and Celine Dion. Over the years, the specials have pulled in the who’s who of female pop/r&b artists, everyone from Katy Perry, Nicki Minaj, and Kelly Clarkson to Mary J. Blige, Chaka Khan, and Mavis Staples stopping by to do their part to raise money. The show didn’t have a host last year for its tribute to soul music, but the year before, comedian Kathy Griffin served as emcee for a military-themed edition of the special.

Adam Lambert is best known for finishing in second place on the eighth season of American Idol, which featured Kris Allen taking home the top spot. Since his run on the show, Lambert has garnered a Grammy nomination, a top 10 hit, a number one album, a gold album, and a successful tour, among other major accomplishments. He recently had a cameo on the Pretty Little Liars Halloween special, performing songs from his latest album Trespassing and interacting with one of the characters in between sets.

What do you think about the hosting choice for the event? Would you like to see Lambert get on stage and perform, in addition to hosting? Are there any other artists that you’d like to see added to the roster?