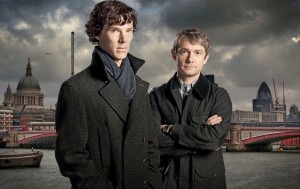 Good news for all you Sherlock fans out there! Showrunner, Steven Moffat declared that a fourth season of Sherlock is on the cards and planning for BBC’s hit show is going on. Sherlock’s third season is being aired on BBC and has stirred up quite a debate among the U.K. media.

Moffat, who is also the executive producer of Sherlock, said that his show would make a comeback at the third episode’s (The Last Vow) preview, while the third season is being aired. The season 3 finale will get aired on January 12, which revolves around blackmail. Moffat also said that, according to him, making a Sherlock movie makes no sense, whereas he would prefer making three new, full feature-length episodes, which can also be showcased on the big screen, on release.

The showrunner and executive producer shared that the scripts for the next season are in the planning process. For those who aren’t aware, Sherlock has set new benchmarks in U.K. drama, with its comeback on the British screens on January 1. The comeback storyline of Sherlock is based on how the renowned detective might have survived after he fell from a roof and got killed towards the end of the second season. Following this, Sherlock has made quite the headlines with people’s assumptions and theories on their opinions on what actually happened there. Critics have claimed that the show hasn’t really clarified the controversy, while viewers still admire the intellectual capacity of the show.