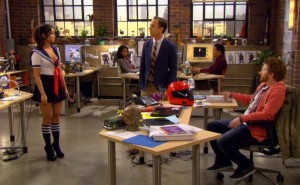 Earlier in August the Media Action Network for Asian Americans appealed to FOX to reconsider, or possibly re-shoot, the pilot episode of their new sit-com Dads.

The pilot of Seth MacFarlane’s new comedy is reportedly highlighted with racist humor, though MANAA’s main issue is with the treatment of Brenda Song’s character, Veronica.  She dresses “like a sexy Asian school girl” to impress Chinese businessmen.  The group also raised concerns over dialoge between the Dads leads and the aforementioned businessmen, claiming that it only served to exaggerate stereotypes.

FOX chairman Kevin Reilly and chief operating officer Joe Early stated in a letter to MANAA that their “perspective on programming is always important to us, especially given our ongoing efforts to reflect diverse characters and stories on our air.”  The letter continued, “That said, we do recognize comedy is subjective, and we may not be able to please everyone, all the time.”

They did not mention re-shooting the pilot.

Song’s character was described by the network executives as “a strong, intelligent, empowered young woman who basically runs the company…” Song herself said that she has no problem with the character during the network’s summer TCA tour.

This is not the first example of programming being found offensive, and certainly won’t be the last.  Dads stars Seth Green and Giovani Ribisi, and will premiere on FOX Tuesday, September 17th. 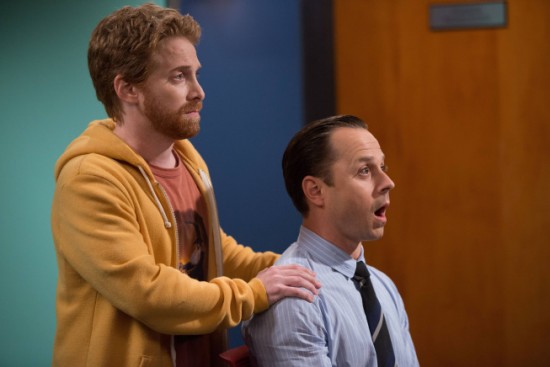