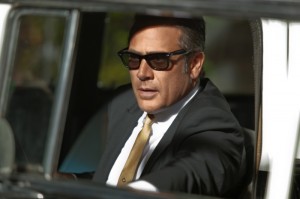 Still behind bars, Ike receives a visit from his father, who informs him that Al Strauss feels as if the hotelier deserves what he got for what happened to Mike. Ike argues that he didn’t mean for Mike to die, that he only wanted Ben to scare him into ending the strike and he didn’t consider the consequences when he hired the mob boss to be his enforcer. Further, he believes that everything in his life came crashing down when he took Ben’s money, causing his father to tell him to walk away from his association with The Butcher.

The subject of Ike’s innocence comes up when Stevie and Danny are talking and while the former is defending his father, claiming that there’s no way he could have killed Jimmy Shoes, the latter isn’t so sure. Ike’s bail is set at one million dollars and there’s no way it would have been at that level if Jack Klein didn’t have any evidence. They’re interrupted when Stevie sees Ben and Lily eating near the pool, with The Butcher inviting him over to “introduce” him to Lily and inquire about Ike’s well-being. Ben then offers Stevie $100,000, which he politely declines, before going into the history of his nickname; after running away to join the carnival at the age of 14, Ben worked his way up from shill to well-received butcher, a far cry from the origin that Stevie expected.

(That included a hooker with no hands and a pile of stolen cash.)

Jack Klein has the Judi Silver confession in his hands and even though his employees want him to use it, he burns it, claiming that this is the work of Ben Diamond and that it was written under duress. If Ben can get the only witness to the crime to go a certain way, Ike will walk and what he has in his hands is meant to be a distraction, not an epiphany. He believes what Judi Silver told him rather than what she wrote and pledges to make Ike see his fate; helping matters is the fact that he basically owns the grand jury and should thus be able to get an indictment. However, according to Ike’s lawyer, all Klein has in his pocket is Judi, so if her testimony can somehow be discounted, there won’t be a case to pursue.

Vera storms into the meeting of Ike’s team, including Meg and Stevie, and finds out about him selling 15% of his stake in the Miramar. Despite being upset at Meg acting as a silent partner, she still wants to bring him home as quickly as possible, yet refuses money from Ms. Bannock and the idea of selling the Miramar’s adjoining lots. Being that the upcoming summer season is the slowest time for the hotel, they can’t simply dip into the coffers and produce the required 10% of Ike’s bail that would bring him home, not with the George Moore party already checking out and the Latin burlesque show not panning out. Even though Ike advises his lawyer to tell Stevie not to accept anything from Ben, he has other things to worry about – namely, the coat he was wearing the night of the murder that disappeared. It’s about the only physical piece of evidence that could help Klein build a case and Danny is the one who has it in his possession, after inadvertently finding out while out one night.

While Vera apologizes to Stevie for being hard-headed, Ben is visited by Bel and Lady Renee, the latter of which is a Madame looking for Ben’s help in opening a ziggurat with see-through mirrors. She’s already gotten into the pockets of the Miami cops and needs money from Ben to get things kick started; he agrees to front her $100,000 with another $100,000 to come, as long as he owns 70% of the girls. She ultimately agrees and shortly after she leaves, Ben receives a call that Klein burned Judi’s confession and that she was set to testify the following day. Ben tasks Bel with getting Ike’s bail in a way that can’t be traced back, leaving Judi’s fate to him. Even though he’s The Butcher for a reason, Judi’s being protected round the clock, making the opportunity to strike extremely small.

At the barbershop, Danny hints to his grandfather that he knows something that could potentially bring down the family, as if to see whether he’d get support should he bring forth the jacket. However, his grandfather only says that even though Ike may do bad things, he’ll never be bad, not in his eyes. Meanwhile, Ike watches an interview with Fidel Castro and formulates a plan that could rid him of Ben Diamond once and for all. Under Castro’s watch, five of the biggest moneymaking hotel-casinos in Cuba have become ghost towns, hemorrhaging money in the process. Given his own reputation as a savvy businessman, Ike will offer to run his hotels with a staff that has no connection to the mob, giving the dictator 70% of the profit – or 2-3 million dollars a week, upwards of 100 million a year. He’ll then offer up the Miramar (and $1 million/week) to Chicago mob boss Sy Berman, only if Sy will get rid of Ben Diamond for good.

Vera makes bail thanks to a little help from Bel, much to Ike’s chagrin. He didn’t want her to be this involved in this side of his life, but she claims that they needed him and that she wants to be involved. Elsewhere, Jack visits Judi in the hospital and apologizes for letting Ben get to her, reassuring that she’s safe now – as long as she decides to tell the truth regarding what happened the night of Jimmy’s death. She’s brought into the court room the following day and Jack leads her through what happened to Jimmy, only for Judi to put the blame on Al Haas and claim that Jack put a gun to her face to get her to testify against Ike. Jack may be motivated to get Judi back for what she did, but he’ll first have to deal with extremely bad press and an ethics review, as well as the possibility of having to drop his case due to lack of evidence.

There’s a party at the Miramar in honor of Ike getting out of prison, which Ben and Lily attend without giving prior notice. Ike knows that Bel’s in cahoots with Ben and informs The Butcher that he doesn’t want or need his help. In turn, Ben warns Ike that he shouldn’t forget who he can and can’t trust before leaving with Lily in tow. While Danny burns the jacket on the beach, Ben calls Sy Berman with one topic in mind to talk about: Ike Evans.

Additional thoughts and observations:
-The show was already Sopranos-ish and the premiere upped that factor by throwing in two dream sequences, including one to open the episode featuring Mike Strauss and the shark from the opening credits.
-For some reason, I still think that Danny is a wildcard going forward. He might not be able to bring his father in for the murder after burning the jacket, but his connection to the devoutly religious Mercy, combined with his position at the state’s attorney’s office and black-and-white worldview, makes me wonder if there won’t be tension between him and Ike sometime later this season.
-In order to make money for the hotel, Ike agreed to let Vera put on a show, something he was firmly against last season. Part of his concern had to do with pride, that he didn’t want the wife of Ike Evans to have to dance, but Vera really wants to have something for her own and this could help her disposition quite a bit. But how long will it be before Ike is once again against the idea?
-I laughed more than I should at Ben falling asleep on his two-way floor after watching Lily have sex with Stevie.
-Judi Silver has balls of steel and demonstrated once again why I loved her so much during the first season. I’m sure her character has a limited shelf life and will likely meet her end sooner rather than later, but for now, I think she’s the highlight of the show for me.
-Next week on Magic City: Having had a hit put on him by Ben, Ike’s plan is set into motion, while Stevie and Lily go on a date and Meg threatens Vera. 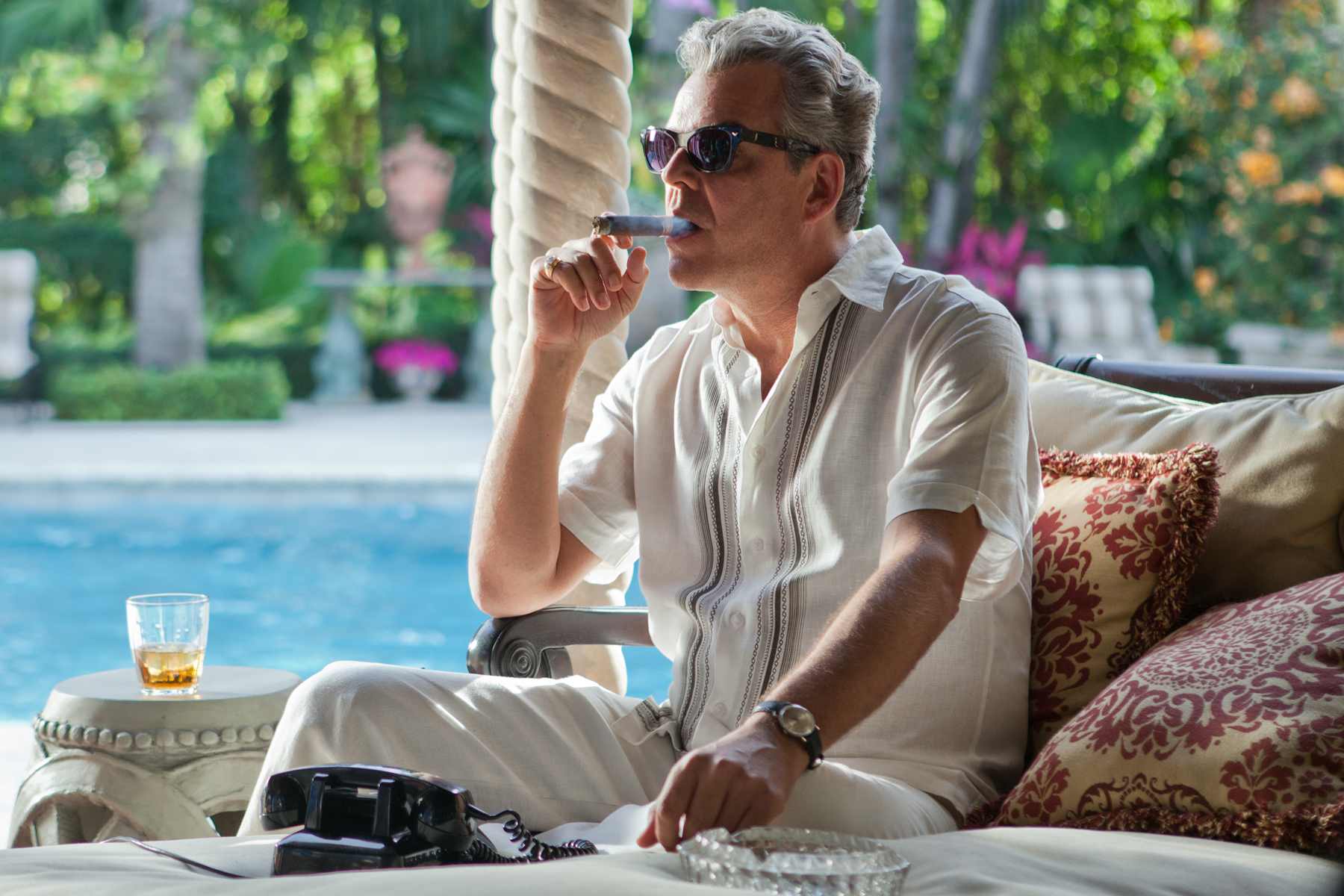 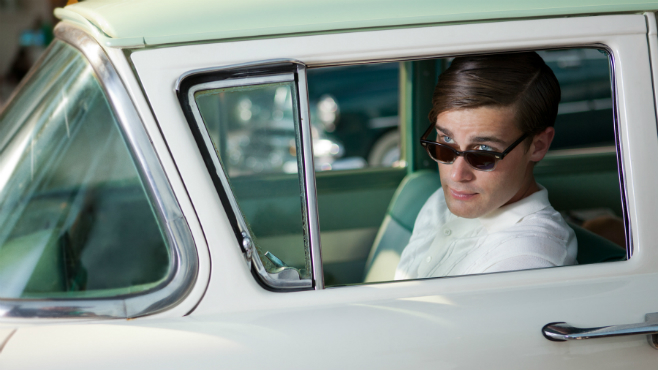 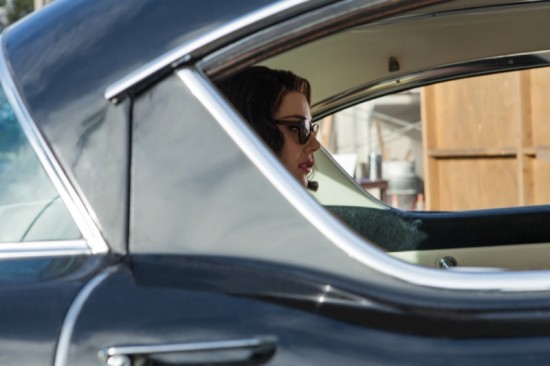 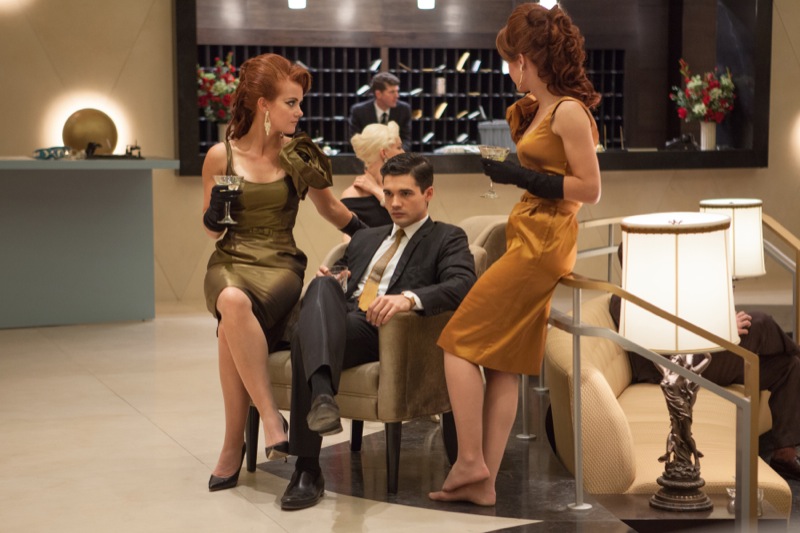