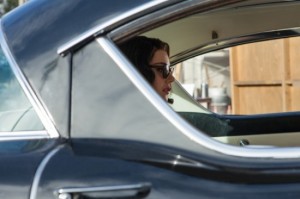 The gentleman’s club that Ben is partnering with Madame Renee on has progressed quickly in its construction and now that Stevie had a falling out with Ike, he’s been brought on to oversee the finishing touches and given the power to hire, fire, and kill in the way that Ben would. Meanwhile, Ike’s fortunes following the blowout with his son are going decidedly in the other direction, as Victor finds out about the press conference happening at the Miramar, where Ike will accept the job of running the casinos and have a symbolic handshake with Nunez, and promptly quits. He feels as if Ike is supporting the man who killed his wife and has been subjecting his people to all kinds of horrors; Ike tries to explain that Havana isn’t the goal of this deal, getting Ben out is, but once he acknowledges that Ben’s his partner, Victor realizes that he’s had enough.

Going well for Ike, though, is the quest to take Ben Diamond out. The Secret Six have planted their first story in the paper linking The Butcher with Theresa’s disappearance and in a fury, he orders Donald to go up to Tallahassee and make sure that they don’t lose votes on the gambling bill, whose senatorial vote is set to happen in a matter of days. He tells Donald to tell Sloat if any votes are lost, he’ll cut his hand off. Since Sy will be heading into town as a result of the major hit the Chicago outfit took after Ike fixed the lottery, Ben also gets Bel to book the man the Sinatra suit in the Miramar as a kind gesture and way to keep the heat off him. Also on Bel’s list of duties is looking into Lily’s past history with Nicky Grillo, as Ben doesn’t believe that they didn’t know one another prior to their formal introduction earlier this season.

Vic meets with Tiberon and the two go onto the balcony, as the latter thinks that his hotel room is being bugged. After hearing about Vic quitting the hotel, Tiberon informs him that the guns will be leaving on Friday and that he’s welcome to join the rest of his Cuban brothers in fighting against Castro, with Antonio being capable of taking care of Mercy in the time that he’s gone. Tiberon ended up being correct that he was being bugged, but it wasn’t by Ike and it wasn’t in his room; someone heard everything that was being said on the balcony and will be using it to their advantage, likely to make a gun bust before they can get to Cuba. Ike, meanwhile, is getting questions from Vera, who thinks that he can’t afford to lose both a close friend and his son at a time like this. The hotelier, though, thinks that they’ll both be back and that he’s merely working to save what he’s spent his entire life building, so if that takes a little isolation from his loved ones, so be it.

At the conference, where the Miramar’s control over the three most profitable casinos in the Western hemisphere is announced, Ben arrives and watches, locking eyes with Ike in the process. While Vera gets an address from the bartender and quickly leaves, Stevie is overseeing the finer details of the club interior, including the installation of a two-way mirror and one prostitute’s informal resignation after her father decides to run for the governorship of New Jersey. Across town, Danny goes to see Judi at her place with the news of a manicurist position opening up at the Miramar. She takes it that he’s trying to “save her” when in actuality, she’s the one who wants to save him and the two end up having sex on the couch, which Stevie walks in on. He came to Judi’s to tell her of the opening at Madame Renee’s and in the process, scares Danny, who is upset at her taking Stevie up on the offer, away. While the money is nice, the real reason she’s working there is because he and Ben can keep Doug away from her, which she couldn’t have gotten at the beauty salon.

That night, Stevie gets paid a visit by Vera while getting high and looking through potential girls to add to the club; the address she got from the bartender was the hotel room he was staying in. She tries to convince him that Ike loves him (and to come home), which he acknowledges. However, he feels as if Ike is only acting at being a father and at being a husband when his main passion, his main love in life is the Miramar. After getting his stepmother a drink, he asks her what Ike would do if the choice was between devastating her by associating with Meg or using Meg’s millions to save the hotel; when she doesn’t answer, he got the answer he was looking for. She tries to leave, only for him to recount the time he saw her topless on the balcony and how that “froze” him. He again halts her right before she exits the room and tells her that next time she comes there, it better be for him.

Judi finds Danny’s room at the hotel and comes clean about why she decided to work with Stevie and the history she has with Doug, who forced her to write an inaccurate statement about Ben. Danny, however, merely tells her that since he works for the state’s attorney, there’s no way he could be seen with a prostitute and defends his brother when she brings his nefarious activities up. Sy checks into the Miramar and Ike brings along the 5-year contracts he signed to run the Cuban casinos, totaling somewhere in the neighborhood of hundreds of millions. The Chicago boss won’t budge on Ben, though, and Ike promises that they’ll meet again after the gambling vote on Friday, no matter which direction the ruling goes.

Klein has Ike’s lawyer in and informs him of the fact that he knows about Minneapolis Mutual being a shell operation for Izzy Mangold, Ben’s childhood friend and current business partner, and where the money from St. Moretz Management goes. He also has logs from the payphone next to the lawyer’s office, which have conversations between him and Ike and him and known associates of the Chicago outfit. After threatening to have him disbarred or buried in a penitentiary crypt, Klein sends him out, where he sees Danny going into the office. He’s there to confront Klein about Doug and attempt to turn the focus of the state’s attorney from Ben to Ike; considering what happened to his daughter, Klein isn’t budging on his plan to bring down Ike, but he decides to use the information obtained from Judi Silver and let Doug hang himself rather than busting him.

Ben meets with Sy and gets an earful about drawing attention to himself, losing the $2 million, and the disappearance of Nicky Grillo, which Ben claims to not know anything about. The Butcher tries to win points by claiming to have Ike in his pocket, that he was responsible for getting the hotelier on at Havana, but Sy doesn’t seem to believe him and might be waiting for Ben to finish himself off. Sloat claims to have only lost a couple of nervous nellies, with the votes still solidly in their favor, so perhaps Ben isn’t down and out quite yet; there’s still several days left, though, and a lot of time for momentum to shift.

While Vera tells Mercy the story of her first marriage, which took place when she was 12 years old and could have been the reason she didn’t have children, Lily sees that the money she’s been storing has been touched and goes to Ike, where she gives him the log she’s been keeping and tells him to “kill the bastard.” The following morning, Nicky Grillo’s dismembered body, welded into a barrel that was later shot full of bullets, washes up on shore.

Additional thoughts and observations:
-The song playing when Vera comes back from Stevie’s is Nat King Cole’s “To Whom It May Concern”, while the song over the ending montage (Ben watching Lily cry to Stevie, Klein smirking while being in the elevator with Doug, Ike on the balcony) is Albert King’s “Born Under a Bad Sign”. Related, this show has a wonderful soundtrack that greatly helps its already well-established atmosphere.
-Finale death pool time: I’m calling at least three major deaths. Lily has been marked for dead since early in the season (see also: Stevie’s vision at the club of her killing herself); with Vic gone and Vera gunning for her baby, I could see Mercy dying and the baby surviving (or Vic dying, further tying her to the Evans family); and at least one person associated with Ben Diamond. A lot of the talk going into this season was that either Ben or Ike won’t survive, so Ben could also be on his way out, likely as a part of a bittersweet trade-off with Ike (i.e. Ike thinks he’s won the war, but something bad will happen to make his victory less sweet.)
-I think I like Danny more with Judi than Mercy, if only because I think Judi challenges him more as a person and the two have more chemistry. Mercy’s sparse role in the second season hasn’t helped her case at all, pregnancy or no pregnancy.
-As much of a bastard as he may be, and as much as he shouldn’t blame Ike for what happened to his daughter, Klein unfolding the case he has against Ike to his lawyer was kind of brilliant. A very chilling warning shot and something for Ike to have in the back of his mind.
-So, they followed up on the incest-y thread that was established last season. I thought it was going to be something they dropped, especially since Vera and Stevie have rarely been in the same scene together, so good for them for coming back to it. It still made me giggle, but at least all that sexual tension between them in the hotel room didn’t go to waste. Also, don’t get high, kids, because it’ll make you want to have sex with your stepmom.
-Sy’s only purpose this season has been to yell at Ben, but I’m okay with that. James Caan does “cranky old guy” quite well.
-Vera’s story about her marriage makes her the second most interesting character on the show, following Judi Silver at #1. I would definitely have watched Magic City had it been from her perspective.
-Wouldn’t it be something if, after everything Ike’s done to put Ben away, Lily turns out to be the one who delivers the kill shot?
-Next week on Magic City: The outcome of the gambling bill is decided, while Klein contemplates Ike’s offer to dispatch The Butcher. 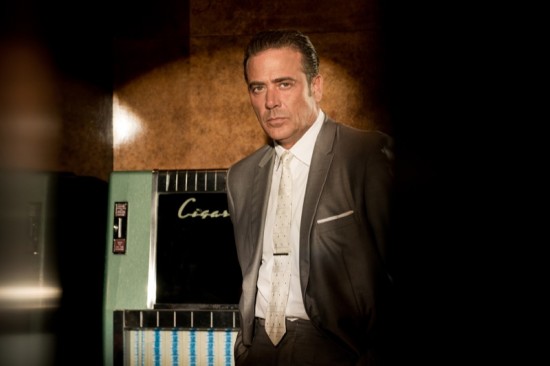