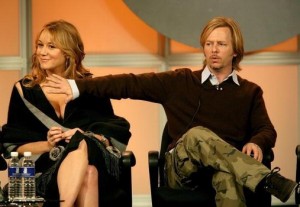 CBS has become the final broadcast network to release its plans for mid-season, though there aren’t many scheduling changes to speak of.

On Monday, February 4th, the seventh season of utility player Rules of Engagement will premiere at 8:30, replacing Partners, which was cancelled earlier this season. Meanwhile, Greg Berlanti’s Golden Boy will be spending two weeks in the Tuesdays at 10:00 slot before heading to Fridays at 9:00 on March 8th. However, if ratings are high enough, it might send Vegas to Fridays for the rest of its 21-episode season. Subsequently, CSI: NY wraps up its 18-episode 9th season on February 22nd.

Additionally, the next cycles of Survivor and The Amazing Race will premiere February 13th and 17th, respectively. The former concludes its 25th season on December 16th, while the latter crowns its 21st winning team on December 9th. Casts for both upcoming seasons have yet to be announced, though a sprinkling of familiar names is to be expected, particularly on Survivor, which has been bringing back many former players recently and reportedly will continue to do so. Additionally, the show cast celebrities this season, bringing on actress/public speaker Lisa Whelchel and baseball player Jeff Kent to spice things up.

Mid-season comedy Friend Me, starring Christopher Mintz-Plasse and Nicholas Braun, was not put on the schedule. Its creator Alan Kirschenbaum passed away in October and it’s rumored that the project won’t be going forward.

Do you think that Golden Boy will stay on Tuesday nights or will Vegas be able to keep its slot? Considering the network’s comedy slate, could Rules of Engagement get an eighth season? What will you be watching on CBS come mid-season, if anything?