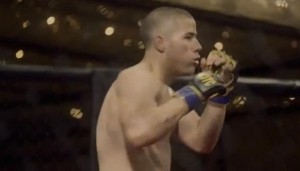 Created by Byron Balasco (Detroit 1-8-7), the series is set against the world of Mixed Martial Arts and follows several individuals in Venice, California whose lives are centered around the sport, which has been growing in popularity for the past several years. Gym owner and former fighter Alvey “King” Kulina (Frank Grillo) is looking to get back into the ring, while world-class athlete Ryan Revis (Matt Lauria) attempts to put his addiction-fueled past behind him in order to realize the potential he showed all those years ago. Not as lucky is Alvey’s son Jay (Jonathan Tucker), a formerly promising fighter whose career has been besot by addiction issues, though Alvey does have another son in Nate (Nick Jonas), the prized fighter in the gym and the horse that the entire Kulina family is hitching their wagon to. Will Alvey’s gym get a boost from Nate’s promising career and give its owner the type of high that he hasn’t felt since the days of his own fighting career? Or will the pressure from his father and jealousy from his brother eventually get to Nate, causing him to underachieve and spiral into a life he never thought would be his?

The series premiere of Kingdom airs Wednesday, October 8th at 9:00 on DirecTV’s Audience Network. Kingdom joins crime drama Rogue, which stars Thandie Newton as a cop-turned-handler for an FBI task force, as the only original scripted dramas on the network.