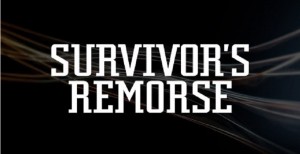 Starz has released an extended trailer for upcoming basketball comedy Survivor’s Remorse, the network’s first foray into original scripted comedy since the cancellation of Party Down.

Created by Mike O’Malley (Shameless) and executive produced by the likes of LeBron James, Survivor’s Remorse follows phenom Cam Calloway (Jessie T. Usher) as he takes his first steps into the world of professional basketball. While he’s understandably elated at the prospect of fulfilling his dreams and having the opportunity to do right by his community, what Cam doesn’t quite realize is that his status makes him a target of greedy family members and calculating groupies. Along with his cousin Reggie (RonReaco Lee), Cam must navigate aspects of being a professional athlete that he never before considered, aspects that could put an end to his career right as it’s getting off the ground.

The series premiere of Survivor’s Remorse is set to air Saturday, October 4th at 9:00 on Starz. You can check out an additional teaser for the series here.

Will you be watching Survivor’s Remorse? Are you excited that Starz has begun looking into comedy again? How accurately do you think Survivor’s Remorse will portray what it’s like to be a professional athlete?