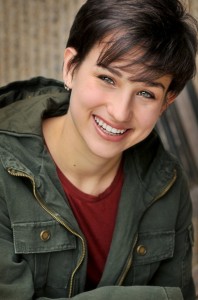 TNT’s upcoming drama The Librarians has added to its cast, booking The Killing‘s Bex Taylor-Klaus for a guest role.

The actress will appear in Episode 6 of the series as Amy Meyer, a type-A, overachieving high school senior, desperate to be normal.  She’s the “one to beat” at the Chicagoland STEM Fair (Science, Technology, Engineering and Mathematics), where the best and brightest show off – only her mother isn’t leaving without the top prize.

The Librarians centers on a group of Librarians; members of an ancient organization responsible for protecting the world from the secret, magical reality.  So how will Bex Taylor-Klaus’s character fit in?

We’ll just have to wait and see.

The Librarians will bow on TNT later this year.