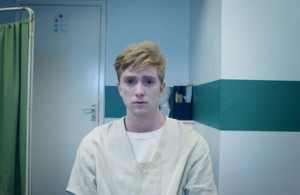 In the Flesh tells the story of PDS (Partially Dead Syndrome) sufferer Kieren Walker (Luke Newberry), who dreams of leaving his suffocating hometown of Roarton and living the life that he dreams of in Paris. However, conditions in town are preventing him from leaving, as the ULA (Undead Liberation Army) have begun attacking the living again, thereby putting a target on their backs and giving pro-living radicals Victus the excuse to retaliate with brutal force. Tensions between the two sects force MP Maxine Martin (Wunmi Mosaku) to enact measures to oppress the PDS sufferers, all the while Victus continues spreading anti-zombie rhetoric and the ULA continues carrying out terroristic acts. Could a war be brewing in the tiny town of Roarton and could Kieren find himself in the middle of such a huge turning point in world history?

In addition to Newberry and Mosaku, In the Flesh stars Emily Bevan (The Thick of It), Harriet Cains (Doctors), Kevin Sutton (Shameless), Steve Cooper (Emmerdale), and Emmett Scanlan (HollyOaks).

You can check out a preview of season two of In the Flesh below.

Will you be watching In the Flesh this season? Do you think Kieren could ever find safety and happiness in Roarton? What do you think the show would look like if Kieren ever made it to Paris and started his life anew?