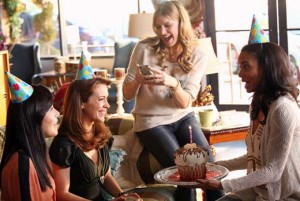 ABC has become the first broadcast network to reveal its full summer schedule, which will include five scripted programs and several new additions. Among the new additions will be The Bachelor spin-off Bachelor in Paradise, which brings back some of the franchise’s biggest names for a second chance at finding love; The Astronaut Wives Club, a scripted drama from Stephanie Savage (Gossip Girl) that tells the story of women bonded by their husbands’ dangerous occupation and the media spotlight they’re thrust into as a result; Rising Star, a singing competition where the audience has final say in real time thanks to an App; The Quest, a reality series from the producers of Lord of the Rings; and The Black Box, which stars Kelly Reilly as world-renowned Catherine Black, who struggles to hide her bipolarity from everyone in her life.

Other noteworthy moves from ABC were Mistresses retaining its Mondays at 10:00 slot, where it will again face off against ratings powerhouse Under the Dome; venerable reality-competition series Wipeout being placed in the path of Big Brother; and Motive being moved to Wednesdays, away from the Thursday post-Rookie Blue slot it aired during season one.

A full list of ABC’s summer premiere dates can be found below.

What do you think about ABC’s summer schedule? Are you upset about Whodunnit‘s cancellation, as it was left off the summer schedule with no announcement of a second season in sight? Do you think that Mistresses will hold up well against Under the Dome?