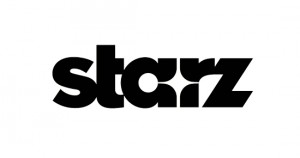 Starz has announced a production partnership with BBC that will result in The Missing, a limited series slated to premiere this fall. The eight-episode drama, which will be written by Harry and Jack Williams (Honest), has already begun filming in Belgium.

Carmi Zlotnik, Managing Director of Starz, said, “The Missing is a powerful and poignant story about a father’s determination to find his missing child, and that is something any viewer can understand.  The Williams’ scripts gripped us on every page, and we are glad to be working in partnership again with the BBC, Charlie Pattinson and Colin Callender on this very special project.”

The Missing tells the story of Tony (James Nesbitt), a man still recovering from the abduction of his son while on vacation. He soon becomes obsessed with the idea that the boy isn’t dead and spends years combing the world for him, fracturing his marriage and threatening his already weakening mental state. The series takes the place of Fortitude, a planned co-production between the BBC and Starz that fell through, and will become the fourth new drama of the year for Starz, following Black Sails, Outlander, and Power.

Will you be watching The Missing? Do you think the show will fit in on Starz? What type of shows would you like to see come from a BBC/Starz partnership?