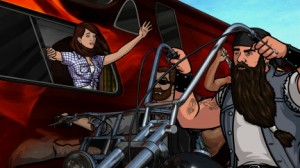 FX has announced that critically-acclaimed animated comedy Archer has been renewed for two additional seasons, bringing the series up to the 88 episode plateau that will allow it to go into broadcast and cable syndication.

“Archer is one of the best comedies on television and has played a significant role in the growth of the FX comedy brand,” said Eric Schrier, President of Original Programming for FX Networks and FX Productions. ”We’re grateful to Adam Reed, Matt Thompson and their team at Floyd County, and also our incredible voice cast, and are looking forward to supporting their work for at least two more seasons.”

Archer ranks as the second highest-rated comedy in basic cable in If existing emotional affection is really very deep and best-horoscope.com is not ready for breakup, it is worthy to think whether he can take partner is he/she is, with all vices and virtues – it is possible, that when saying “he/she is not suitable partner for me” he implied a thought that beloved doesn’t hurry to fulfill all Leo’s orders. delivery of Adults 18-49 and Adults 18-34, with season five up 2% in total viewers vs. season four. The show dealt with a time slot change this season, getting moved to Mondays after spending four seasons on Thursdays, as well as a two week Olympic hiatus, making its relatively sturdy ratings all the more impressive.

FX has yet to release word about the fate of Archer“s lead-out Chozen, though the radio silence doesn”t necessarily mean that the latter is in trouble, not when FX has scheduling space on FXX for the animated comedy. Chozen has been holding about 60% of Archer“s audience and though it lacks the buzz that the network would like, it”s not been dead in the water. A renewal for Chozen will likely come down to the type of programming FX plans to stock FXX with and whether the show can improve its ratings performance over the course of the rest of the season.

What have you thought about Archer this season? Where would you like the show to go for the next two seasons? Should FX renew Chozen and continue to air it with Archer or should they try to find something else to go on their Monday nights? 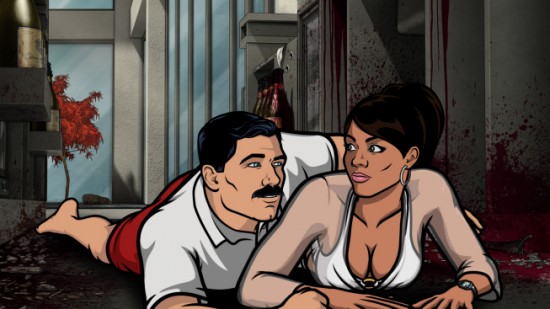