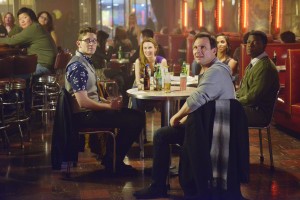 At their TCA presentation today, ABC has announced premiere dates for upcoming drama The Black Box and the next season of Dancing with the Stars, as well as a change to the premiere date of Steve Zahn/Christian Slater procedural Mind Games.

The 18th season of Dancing with the Stars will premiere Monday, March 17th at 8:00, retaining the same once per week scheduling it had during the fall. However, the cast of celebrities that will compete for the Mirrorball has yet to be revealed. Finally, Mind Games, originally slated to premiere Tuesday, March 11th, will now bow Tuesday, February 25th at 10:00, where it will replace Killer Women. Starring Steve Zahn (Treme) and Christian Slater (Breaking In), the series follows two brothers who run a problem solving firm that uses solutions based in psychological manipulation. In addition to Zahn and Slater, Mind Games stars Megalyn Echikunwoke (Spyder Games), Jaime Ray Newman (Red Widow), and Gregory Marcel (The Good Shepherd).

You can check out the official series trailer for Mind Games below. ABC has yet to release any footage for The Black Box but should in the coming months.

Are you disappointed that Scandal will be concluding early this season? Will you be watching The Black Box or Mind Games? Which celebrities would you like to see parading around the dance floor on Dancing with the Stars?