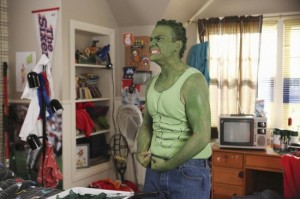 Deadline is reporting that ABC has made the decision to order full seasons of struggling Tuesday comedies The Goldbergs and Trophy Wife while picking up four additional episodes of Super Fun Night and cancelling Back in the Game. The network had been delaying pulling the trigger on major moves for its comedies since none have yet to breakout and three of them pulled in the same 18-49 demo rating this past week. What likely earned The Goldbergs and Trophy Wife their full seasons was their surprisingly strong performance without lead-in Marvel’s Agents of SHIELD; Super Fun Night, meanwhile, has a star that the network is interested in being in business with, while Back in the Game didn’t have the buzz or DVR numbers to push it ahead of the competition.

More interesting now is how the network is going to handle the comedies they decided to stick with. With Back in the Game likely ending in January, Super Fun Night‘s extension should take it into February, as both The Goldbergs and Trophy Wife have been rumored as candidates for Wednesday tryouts. ABC also still has Suburgatory and dating comedy Mixology on the bench, though the former dropped enough last season to where a return to Wednesdays seems unlikely and the latter is another comedy seemingly penciled in to the post-Modern Family slot despite being completely mismatched. The network’s full plans for midseason should be unveiled sometime later this month.

The Goldbergs and Trophy Wife air Tuesdays on ABC at 9:00 and 9:30, respectively, while Super Fun Night airs Wednesdays at 9:30. Back in the Game will continue airing Wednesdays at 8:30 and finish out its initial 13-episode order.

Do you think that ABC made the right decision in what it picked up and what it canceled? What will their decision-making mean for their midseason schedule? Would you like to see any of The Goldbergs, Trophy Wife, and Super Fun Night move to new nights?