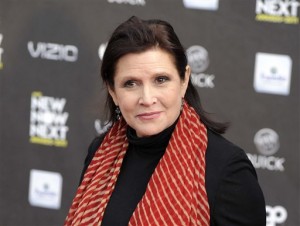 Carrie Fisher will be dropping by Legit during the show’s second season.

The Star Wars vet will be playing the role of Angela Greenberg, one of Hollywood’s top comedy-development executives.  After seeing one of Jim’s stand-up acts, Fisher’s character offers to help boost his career…but she has a hidden agenda.

Fisher’s most recent TV credits include a guest spot on Entourage and Family Guy as Angela.

The second season of Legit airs in January 2014 on FXX.