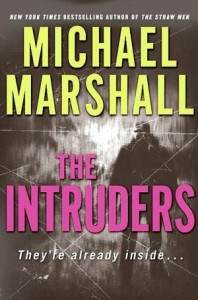 BBC America has announced that they’ve ordered scripted thriller Intruders, to be written and executive produced by Glen Morgan (The X-Files) to series. Based on the novel by Michael Marshall, Intruders tells the story of a society devoted to chasing immortality by seeking refuge in the bodies of others.

Perry Simon, General Manager, BBC America said: “Intruders features an imaginative premise that fits perfectly with BBC America’s signature block of complex and otherworldly dramas led by Doctor Who and Orphan Black. Glen Morgan has delivered a brilliant script, and we’re thrilled to be working with Glen, Jane Tranter, Julie Gardner and our colleagues at BBC Worldwide Productions on this provocative new series.”

While the concept is certainly intriguing, a sort of Invasion of the Body Snatchers meets Orphan Black, the success of Intruders most likely hinges on how well the show is cast. Something like Orphan Black might not have garnered the immense word-of-mouth that it did had it not been for the lead performance of Tatiana Maslany that made each of the clones stand out as their own distinct entities. It’ll take some special actors in order to believably vacillate between different personas and Intruders has the difficult task in finding not one Tatiana Maslany but likely several; should they find a cast that is up to that challenge, Intruders could fit right in on the Supernatural Saturday bloc that the network has established. However, if casting is weak, the concept could fall through or fail to have the type of impact that it could and, frankly, should.

Production on the eight-episode first season of the series is set to begin early next spring. Casting information should be revealed in the coming months.

Does Intruders sound like something you would watch? Do you think the series fits in well with the likes of Doctor Who and Orphan Black? Who would be good casting choices for Intruders?