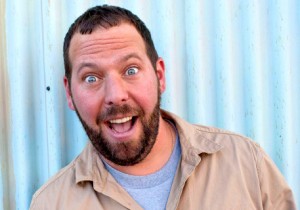 Comedy star, Bert “The Machine” Kreischer thinks it’s time to grow up and do some serious television comedy. NBC has tied up with the TV icon, popular as a party animal, for a CBS Television Studios comedy. The script of the show is based on comedy and is inspired by Kreischer’s own life.

The show’s title has not been decided so far but this is for sure that Bert Kreishcher is in the lead role, who is 40 years old and thinks that this is the right time for him to star in a TV show. He is ot only starring, but also producing the Levity Entertainment and CBS Television Studios comedy. The script of the show will be written by The Goode Family fame, the duo Franklin Hardy and Shane Kosakowski, who are also co-executive producers of the comedy. Amongst other executive producers on-board for the show are Eric and Kim Tannenbaum, of The Tannenbaum Co. The show’s sale will also prove to be a great move for the studio.

Bert Kreischer head-started his career as being a part of the Alpha Tau Omega Fraternity and was highlighted in an article by Rolling Stone, titled as the ‘top partier’, at the time of his 6th year in college at the Florida State University. In the year 2002, a feature film called Van Wilder drew inspiration from that story. We also remember Kreischer as the co-host of FX’s The X Show during the years 1999 to 2001. He’s been showcased on the animated series of Comedy Central, many reality TV shows and a comedy special show in the year 2009. Kreischer is represented by Levity.