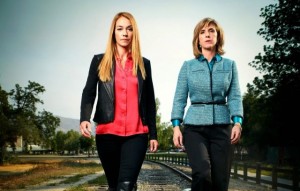 The docu-drama centers on former prosecuter Kelly Siegler and former crime-scene investigator Yolanda McClary, both of whom have spent their lives putting killers behind bars.

A real-life procedural drama, Cold Justice follows the pair as they set out to solve small-town murders that have been lingering for years without answers or closure.

Several cases addressed as a result of Kelly and Yolanda’s work have seen results in guilty pleas, indictments and foreward movement.

The first season of Cold Justice is scheduled to end Tuesday, October 22nd.  The second season is expected in early 2014.