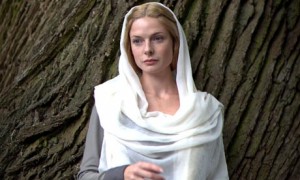 Rather than airing a new episode of international acquisition The White Queen this Saturday, Starz has opted to run a catch-up marathon of the historical drama instead. Beginning August 31st at 9:00, the journey of Lancastrian widow Elizabeth Woodville, who was merely looking for the restoration of the lands that were taken from her following her husband’s death, from Northamptonshire commoner to the Queen of England will be shown from the very beginning. But even though Elizabeth has risen to power in a fractured England, she’s in a difficult position, having to turn her back on her house in order to marry the Yorkist King Edward and disrupting plans for her husband to marry a more “suitable” companion to lock down an alliance, thereby irritating the Yorks. Can she manage to overcome all those who wish to see her removed from the throne?

Listed below are the dates, titles, times, and description of the episodes in the upcoming marathon of The White Queen, with recaps to each episode linked accordingly.

Saturday, August 31st – “In Love with the King” (9:00)
The romance between Lancastrian commoner Elizabeth Woodville and Yorkist King Edward IV leads to a secret wedding and a new queen of England; two female rivals for the crown vow to take the queen down.

Saturday, August 31st – “The Price of Power” (10:05)
After Elizabeth’s coronation, Edward desires a son to solidify his reign, but court tensions escalate into war and he’s forced to fight those closest to him to keep his crown. Meanwhile, Elizabeth deals with the full force of Warwick’s hatred.

Saturday, August 31st – “The Storm” (11:10)
To further her son’s claim to the throne, Margaret Beaufort joins Warwick’s rebellion against Edward, but when the insurrection is thwarted, the traitors flee for their lives, with Jasper Tudor going into exile, while Warwick and George sail to France.

The White Queen airs Saturdays at 9:00 on Starz.

Will you be watching the White Queen marathon? If you’ve caught the first three episodes, where do you think the show goes from here? Do you like networks stretching out the run of shows with catch-up marathons?