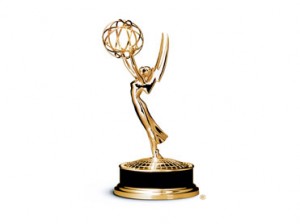 Nominations for the 2013 Primetime Emmy Awards have been out and it was a decidedly mixed morning, as there were surprise nominees (Laura Dern, Emilia Clarke, Jane Lynch) and even more surprising omissions (Monica Potter, The Americans, Arrested Development) among the newest batch of honorees. Those who picked up their first nominations include Vera Farmiga, Kerry Washington, and Anna Chlumsky, while Lynch completed the difficult task of climbing back into the nominations after being left out last year. While Outstanding Drama Series swapped HBO Prohibition drama Boardwalk Empire for Netflix flagship House of Cards, Outstanding Comedy Series subbed in Louie for Curb Your Enthusiasm, which didn’t air new episodes during the eligibility period. Series and major acting nominations are listed below.

The 2013 Primetime Emmys will air Sunday, September 22nd at 8:00 on CBS. You can check out a full list of nominees here.

What do you think about the nominations this year? Which series will most likely walk away with the most awards? Is there a particularly surprising nominee that you weren’t expecting to see?