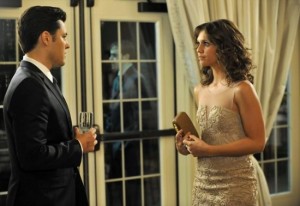 Over the past couple of days, several renewal decisions have been handed out and receiving news of its demise was The Lying Game, ABC Family’s mystery based on the Sara Shepard novel series of the same name. The news was revealed by star Alexandra Chando on Instagram:

To our awesome #lyinggame fans, thank you for these two amazing seasons.  Unfortunately, ABC Family has decided not to bring us back for a third season.  We so wanted to do 10 more for you guys! Thanks for your support and keep up  with the cast to see what’s next for us!

The series had been off the air since March following what turned out to be its cliffhanger-filled series finale, as ABC Family decided to wait until the premieres of summer shows The Fosters and Twisted before making a renewal decision. The only other show on the network that has yet to have its fate determined is ballet drama Bunheads, which last aired in late February.

Receiving better news was Showtime fixer drama Ray Donovan, which was renewed for a second season after becoming the highest rated series premiere ever for the network and the first freshman series to climb in the ratings during its second week. The show, which currently airs Sundays at 10:00 following the final season of Dexter, will return for its second season in 2014, likely assuming the 9:00 mantle from its current lead-in and being used to launch a new drama in the process. Ray Donovan stars Liev Schreiber, Paula Malcomson, and Jon Voight.

Somewhere in the middle is FOX’s American Dad, set to move to TBS as an original series starting in late 2014. The next season of the show, the animated comedy’s 10th, will be its final on FOX, where it will give up the post-Family Guy slot to either something live-action, midseason offering Murder Police, or a hot property in FOX’s animated development slate. Reruns will continue to air on Adult Swim for the 11th season, which will feature 15 episodes. TBS currently airs daily repeats of American Dad at 1:00 and 1:30.

Do you think that ABC Family was right to cancel The Lying Game? What have you thought of the first three episodes of Ray Donovan? Will you be following American Dad to TBS?