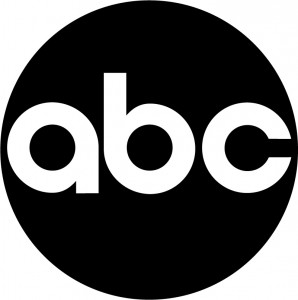 ABC will be the third network to unveil its schedule, as their upfronts are to take place Tuesday, May 14th. Being that they’re the only network that provided lengthy descriptions for nearly every pilot, they have two posts to every other network’s one.  On the drama side this season, ABC found a hit in Scandal, which grew to stratospheric heights during its second season, while Once Upon a Time and Revenge both experienced sophomore slumps and Nashville acquired every other positive trait a new show can have – except live ratings. Can they find the drama hit they’re looking for in this batch of pilots?

EDIT: The network has picked up Betrayal, Lucky 7, Killer Women, Agents of SHIELD, Influence (retitled Mind Games), Forever (retitled Resurrection), and Once Upon a Time in Wonderland. Every other drama is said to be dead.

DRAMA
Betrayal
Who’s in it: James Cromwell, Stuart Townsend, Hannah Ware, Henry Thomas, and Chris Johnson
What’s it about: It started with a chance meeting at an art gallery. Photographer Sara Hayward and Attorney Jack McCutchen both felt it, a sudden spark and with it, an undeniable feeling of instant attraction. Both are married, albeit, unhappily to other people; she, to successful prosecutor Drew Hayward, a political climber out for himself. Outsiders think they have the perfect marriage but Sara knows full well the distance and coldness that has crept into their marriage. Jack, too, has felt the loss of intimacy in his own marriage to Elaine, the daughter of Jack’s boss Terrence Karsten. Karsten is a powerful mogul in a business that creates a lot of enemies. Despite themselves, Sara and Jack find themselves ever drawn to each other after a series of chance encounters. They are two souls wounded by life’s vagaries who form a powerful connection and before long, a torrid affair begins. When Karsten’s brother-in-law Lou is murdered, all evidence points to Karsten’s son TJ. (Henry Thomas) Jack, as the company’s lead council, will have to defend him. For Sara’s prosecutor husband Drew, this is the kind of high-profile murder case that can secure his political future. Before Sara and Jack’s affair has barely started, the lovers will find themselves in an impossible situation-on opposite sides of a murder investigation. The relationship and the case begin a spiraling series of betrayals with cataclysmic results for everyone.

Forever
Who’s in it: Kurtwood Smith, Frances Fisher, Nicholas Gonzalez, Omar Epps, and Samaire Armstrong
What’s it about: What happens when the people you have mourned and buried suddenly appear on your doorstep as if not a day’s gone by? Would it be a miracle, madness and is it even real? The people of Arcadia are forever changed when their deceased loved ones suddenly start to return. An 8-year-old American boy wakes up alone in a rice paddy in a rural Chinese province with no identification and no idea how he got there. Details start to emerge when the boy, who calls himself Jacob, recalls that his hometown is Arcadia, Missouri and an immigration agent, Martin Bellamy (Omar Epps), takes him there. The home he claims as his own is occupied by an elderly couple, Harold and Lucille Garland, who lost their son Jacob more than 30 years ago in a drowning accident. While they look different, young Jacob will recognize them as his own parents. But how can this be? The boy that stands before them looks like their son and knows details about their lives that no one else can know, but this must be an elaborate hoax. Lucille wants to believe but Harold Garland can not accept it. Those closest to the family try to unravel this impossible mystery, including Sheriff Fred Garland (Matt Craven), whose wife Barbara also drowned 30 years ago trying to save Jacob. But this boy who claims to be the deceased Jacob knows secrets about the events of his own death that no one else knows-secrets that Fred’s daughter Gail will begin to investigate and discover to be true. The child’s return will have everyone questioning faith, miracles and the supernatural. When other mysterious strangers start to arrive in Arcadia, we come to know that Jacob is not the only one Forever.

Influence
Who’s in it: Christian Slater, Steve Zahn, Wynn Everett, Megalyn Echikunwoke, and Cedric Sanders
What’s it about: Need help getting a job? How about convincing your daughter not to marry her loser boyfriend? Whatever it is you want, Clark (Steve Zahn) and Ross Edwards can help you get it. They’re not magicians, nor wishful thinkers. Clark and Ross are brothers and partners in a unique agency committed to solving clients’ problems using the hard science of psychological manipulation. Clark is a former professor and a world-renowned expert in the field of human behavior. He has a checkered history due to a bipolar disorder, which sometimes results in quirky, manic episodes. His older brother Ross has a story just as dramatic: a slick con man who spent some time in prison. Needless to say, each in their own way knows what makes people tick. Drawing from the most cutting edge research in psychology, they can tailor a plan to influence any situation. It’s a little bit science, a little bit con artistry plus a smattering of Jedi mind tricks. The brothers, along with their team of master manipulators are offering clients an alternative to fate and they’re changing lives along the way.

Killer Women
Who’s in it: Marc Blucas, Tricia Helfer, Michael Trucco, Alex Fernandez, and Marta Milans
What’s it about: Of all the notorious lawmen who ever patrolled the violent Texas frontier, none are more storied than the Texas Rangers. And none could be more macho. While the once all-male bastion now allows “lady rangers”, no one can say they are welcomed. Being the only female ranger in this elite squad isn’t going to stop Molly Parker (Tricia Helfer), she’s ballsy and badass enough to get the job done despite a good-ole network filled with harassment and discrimination. In another profession, being a stunning former beauty queen might open doors but for Molly… that distinction only makes it harder. Molly is committed to finding the truth and seeing justice served; a trait no doubt inherited from her father, a former Texas sheriff. She’s even willing to break some rules to get it done. While she’s surrounded by law enforcement colleagues who want to see her fail, including Police Lieutenant Guillermo Salazar, there are those within the Rangers who have her back like her boss, Company Commander Leroy Barrow. Molly also has the support of her loving family including her brother Billy, his wife Nessa and their two precocious daughters, Ada and Hailee, who revere their role-model aunt. On the verge of getting divorced from her smarmy husband Jake, Molly relishes her new found freedom even as she begins an affair with a sexy, dangerously handsome DEA agent, Dan Winston (Marc Blucas). She could be the one woman that captures this bad boy’s heart but neither is ready to pull the trigger…yet.

Lucky 7
Who’s in it: Matt Long, Anastasia Phillips, Christine Evangelista, Lorraine Bruce, and Luis Antonio Ramos
What’s it about: Every day, across the country, Americans imagine what it would be like to strike it rich. They dream of new houses, new cars, new everything. It’s just a pipe dream. It could never happen to them……but what if it did? In Astoria, Queens, NY, a group of 7 gas station employees have been chipping into a lottery pool for months, hoping, but never thinking they’d actually win. Money could solve problems for each of them. Matt could pay to get his girlfriend and 2 kids out of his mother’s house. Matt’s brother Nicky, an ex-con, could pay off the gangsters he’s indebted to. Samira, a second-generation Pakistani immigrant, could afford to go to Juilliard. Denise, a plucky cashier, could focus on rebuilding her crumbling marriage. Leanne, a young mother, could help her daughter realize her dreams. Bob, the store’s manager, could finally retire and Antonio could give his wife and kids a whole new life. Two of the employees hatch a plan to make some quick cash, but the plan goes south. If only they’d waited, they’d find they were about to hit the jackpot – a $45 million one to be exact. From David Zabel and Jason Richman comes a rich and compelling drama about what happens to a group of people when they win the lottery. While some dreams will be within reach, other problems will come to the surface and relationships will be tested in Lucky 7.

Agents of Shield
Who’s in it: Clark Gregg, Ming-Na Wen, Chloe Bennet, Brett Dalton, and Elizabeth Henstridge
What’s it about: From executive producers Joss Whedon who also co-writes and directs the pilot, Jed Whedon & Maurissa Tancharoen, Jeffrey Bell, and Jeph Loeb comes Marvel’s first TV series. Witness the astonishing return of Agent Phil Coulson as he puts together a small, highly select, team to investigate the new, the strange, and the unknown secrets of our world as Agents of Shield.