Starz has officially released the key art for pirate drama Black Sails, as well as two additional teasers that help give more of an idea about the tone, visuals, and conflicts to expect when the show debuts.

Twenty years before the events of Robert Louis Stevenson’s literary classic Treasure Island, brilliant and feared Captain Flint (Toby Stephens) has taken on a new addition to his crew, the rowdiest bunch of pirates on the seven seas. The newest sailor’s name? John Silver, a fast-talking, ambitious young man eager to climb the ranks and enjoy the type of glory that has become commonplace for Flint and his men. He’ll get the chance to prove his worth in this unfamiliar world rather quickly, since criminal haven New Providence Island is being threatened. The respite, where pirates, prostitutes, thieves, and fortune seekers all intermingle, is full of a contrast between enlightened ideals and stunning brutality, the perfect place for someone like Flint to control and rest his bones.

Black Sails premieres January 2014 on Starz, taking over the Fridays at 9:00 slot from the recently departed Spartacus. No concrete premiere date has been set as of yet, however. You can check out teasers for the show here, here, and here.

Will you be watching Black Sails? How do you think the teasers make the show look? Can a pirate drama succeed on American television? 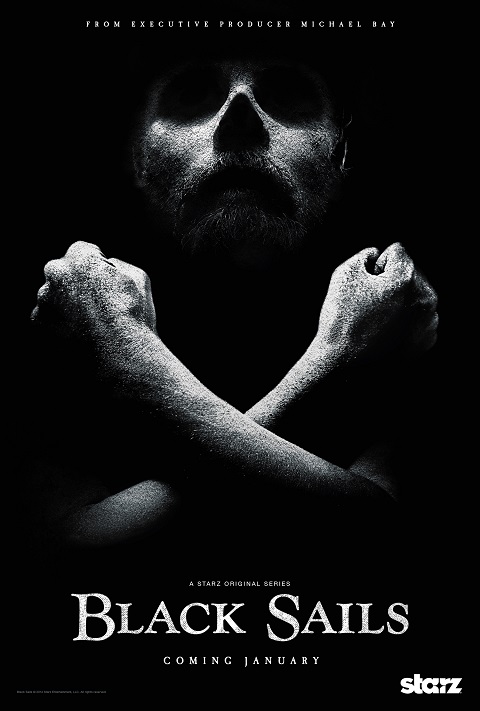