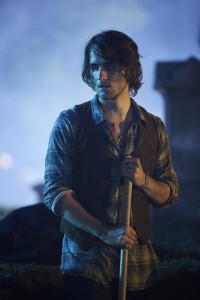 We’re only 19 days away from all 13 episodes of Hemlock Grove appearing on Netflix and their gift to us on this foolish day is another clip of the series. No, they’re not kidding, either.

Kids, we are in for a transformation from man to werewolf unlike anything we have ever seen before. Eyeballs POP OUT and are replaced by new ones. Skin is ripped off and once the transformation is complete, the (rather beautiful) wolf eats what’s left of its human. All while Lily Taylor, playing Lynda Rumancek, who I believe is the transforming Peter Rumancek’s (Landon Liboiron) mother, and his new, wealthy bestie, Roman Godfrey (Bill Skarsgård) look on. Lynda is smiling proudly, while Roman is … well, his expletive at the end says it all, doesn’t it? Check out the clip and then read on a bit more.

One thing is for sure, Hemlock Grove is definitely taking full advantage of it’s off-television television series capabilities. The special effects for that scene are out-of-this-word incredible. It brings to light many questions, as well. For example, now that Peter has, well, eaten himself, how does he change back? That’s one hell of a process, going back and forth and back and forth. What kind of toll would that take on a body? I only hope we’ll learn some of these things during the 13 episodes because the suspense is killing me.

I couldn’t care less who killed the girl at the center of the mystery that starts the story of Hemlock Grove. After seeing this, I must know more about the Rumancek family, their origins and how they live. If Lynda is Peter’s mother, how did she give birth? How often to they change, and why didn’t she change with him? When Peter pounded his fist into the ground, did he crush his eyeballs? Why do I care?

The marketing for this Netflix series is doing its job it I’m as excited as I am, and makes series like Vampire Diaries and Beauty and the Beast, both of which I love dearly, seem tame by comparison. I refuse to mention Supernatural because nothing can touch that magic, but for pre-series excitement, Hemlock Grove is driving me wild. 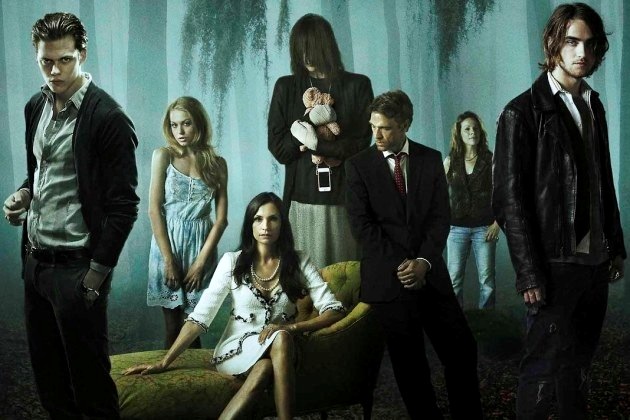 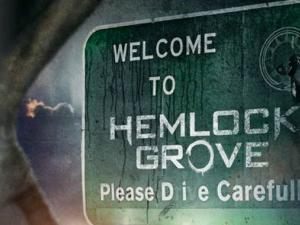