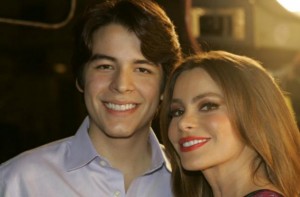 Modern Family star Sofia Vergara will be handling another comedy project at the alphabet net, this time based on her own life as a single parent.

The network has begun the development of Raising Mom, from Vergara and Latin World Entertainment, Electus and ABC Studios, Deadline reports.

Raising Mom follows a young mom and her 21 year-old son who learn that they have actually done a pretty good job of raising each other, only to decide that it may be time for them each to be a bit more independent.

The idea for the show was sparked by Luis Balaguer of Latin World Entertainment after observing Vergara’s relationship with her son during the time that they have been producing partners.

Gail Mancuso, just off her Emmy win for directing Modern Family, will be on board.  Christine Zander (Raising Hope) will be writing.