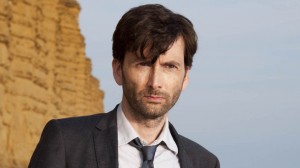 When it comes to an American adaptation of the British murder mystery Broadchurch, Fox is definitely not taking any casting chances.

David Tennant, who currently stars in BBC America’s Broadchurch has been cast to star in the US remake, according to TVGuide.

A veteran of famed Doctor Who (the 10th doctor), Tennant’s role in the US adaptation will be nearly identical to its UK counterpart, although he will be using an American accent, playing an American detective.  As in the original, Tennant will play the lead male investigator in the case of a young boy found dead on a beach.

Fox announced in August that its new version of Broadchurch will be an “event series,” much like the upcoming limited-run 24: Live Another Day.  The US version is expected to begin shooting in January for air in the 2014-2015 TV season.

UK Broadchurch was renewed for a second season after drawing more than 10 million viewers for the season finale.  Tennant is expected to return.

As a fan of BBC America’s Broadchurch, I’m cautiously interested in this new adaptation, especially since Tennant’s performance in the original was so compelling.  I have to ask though, will the mystery be the same, or slightly different?  Will I enjoy it as much if I already know who the killer is?

I guess we’ll have to wait and see.

What do you think?  Any Broadchurch fans out there?