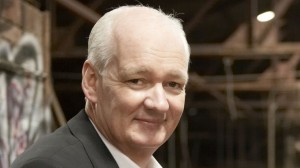 The CW has announced that the Whose Line Is It Anyway? revival has been renewed for a second season, set to feature 24 half-hour episodes. There’s been no indication of whether the show will continue to be aired exclusively in the summer or if it will serve as a programming filler during the season.

“It’s clear that viewers are as excited to have ‘Whose Line’ back on the air as  we are,” said Mark Pedowitz, President, The CW. “We have wanted to bring comedy back to The CW for   long time, and Aisha, Wayne, Colin, and Ryan have brought funny to the network in a big way. We’re very excited to have them back for another season.”

-Emmy nominated online series Burning Love will be airing its second and third seasons this fall on E!. Created by Erica Oyama, the Bachelor spoof has featured the likes of June Diane Raphael, Michael Ian Black and Adam Scott. No premiere date or scheduling strategy has been announced as of yet.

-Joining Maggie Gyllenhaal in The Honourable Woman, an eight-part Sundance miniseries, will be Stephen Rea (V for Vendetta), Janet McTeer (The White Queen), Eve Best (Nurse Jackie), Lubna Azbal (Paradise Now), and Igal Naor (300: Rise of an Empire), the network announced Monday. The thriller will follow a woman who inherits her father’s arms company and uses it to laying high-spec data cabling networks between Israel and the West Bank.

-Robin Thicke is set to perform “Blurred Lines”, his first number one single, on America’s Got Talent on Wednesday, July 31st. The single is taken from the album of the same name, which sees its release the day prior to his appearance on the NBC talent competition.

-Darren Criss and Lucy Hale have been named hosts for the 2013 Teen Choice Awards, airing live August 11th at 8:00 on FOX. This will be the first time they’ll be hosting the show, which will feature appearances from the likes of Russell Westbrook, Rebel Wilson, and Demi Lovato, as well as performances from Paramore and One Direction.

-Disney Channel has renewed Gravity Falls for a second season. No information about debut date or episode count has been released.

-Casting news: Oscar nominee Annette Bening may heading to her first series regular television role, as she’s collaborating with Jay Roach (Game Change) on an HBO comedy about a casting director from New Mexico. Meanwhile, Orange is the New Black has added Lorraine Touissant (The Fosters) as a woman who used children to help run her drug business and boosted Danielle Brooks (aka Taystee) to a series regular. Sharknado alum Aubrey Peeples is set to recur on Nashville as a reality singing competition runner-up who seems as sweet and gracious as can be.