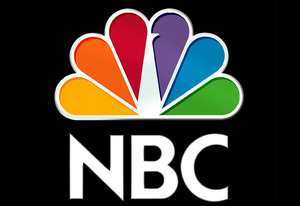 NBC has ordered 24/7 live competition The Million Second Quiz for a fall launch. The 12-day endurance/trivia competition is set to be shown on the network’s digital platforms, as well as primetime; the four reigning champions (or those who have been in the game longest) are said to live in a gigantic hourglass shaped structure in the heart of Manhattan, with other contestants attempt to unseat them during the primetime show. Contestants from all across America will be able to interact at any time during the day and will have a chance at entering the primetime game themselves. In addition, the NBC affiliates will have the opportunity to interact live throughout the day and during the primetime show to be part of the action and showcase local contestants from their area.

When the million seconds are over, the four remaining in the house will battle it out for the cash prize, which could grow to as much as $10 million.

There’s no word yet on how the show will be scheduled.

-Bravo has announced that the second season of Chef Roble & Co. will premiere Tuesday, June 4th at 10:00. You can check out a sneak peek at the new season here. Meanwhile, Life Below Zero debuts on Nat Geo Sunday, May 19th at 10:00. The show follows six Alaskans living off the land and off the grid in an extreme climate.

-For the second season of King of the Nerds, TBS has added “The People’s Nerd”, a way for fans to vote one of their own into the house. From now through May 24th, hopefuls can upload a video the the official King of the Nerds Facebook page; voting will narrow the field down to 10 and from May 25th through May 31st, there’ll be another vote, this time getting the number down to three. In July, the Top 3 nerds will be flown to Los Angeles to meet with the producers, who will then choose at least one of them to be “The People’s Nerd.”

-The two-hour series finale of Smash is set to air May 26th beginning at 9:00. Here’s the official episode description:

“The Nominations”/”The Tonys”
It’s a crucial moment for both shows as Tony nominations loom, but keeping your eye on the prize can be hard. As Tom (Christian Borle) crosses an influential Tony voter and Ivy (Megan Hilty) copes with some very distracting news, Derek’s (Jack Davenport) past has repercussions for the entire “Hit List” team. On Tony night, the awards might not provide the answers everyone is looking for. As Jimmy (Jeremy Jordan) faces a final reckoning, Tom (Christian Borle), Julia (Debra Messing), Derek (Jack Davenport), Karen (Katharine McPhee), Ivy (Megan Hilty), and most of all, Eileen (Anjelica Huston) wait to see if the ceremony will confirm their place in the Broadway pantheon once and for all. Rosie O’Donnell, Cheyenne Jackson, Ron Rifkin, and Bernadette Peters guest star.