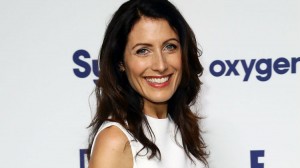 Bravo has announced that upcoming scripted drama Girlfriends’ Guide to Divorce has began production and rounded out its cast. Set to premiere later this year, the series, adapted from the book series of the same name by Marti Noxon (Buffy the Vampire Slayer), tells the story of Abby (Lisa Edelstein), a newly single self-help author who tasks her divorced friends Lyla and Phoebe with helping her transition into the next period of her life. Not only will Abby have to deal with being a divorced 40-something in image-conscious Los Angeles, she’ll have her ex Jake (Paul Adelstein) still very heavily involved in her life and all the baggage that comes along with his very presence.

Girlfriends’ Guide to Divorce is Bravo’s first original scripted series and makes it the latest network to jump into the increasingly competitive world of scripted television, beating competitor E! to the punch while lagging behind the likes of WGN America. Currently the home to the controversial Real Housewives franchise and award-winning Top Chef and Inside the Actor’s Studio, the network could give itself a new direction with the introduction of scripted shows, assuming that the market for scripted content is large enough that a small-ish network like Bravo can find a foothold this late in the game.